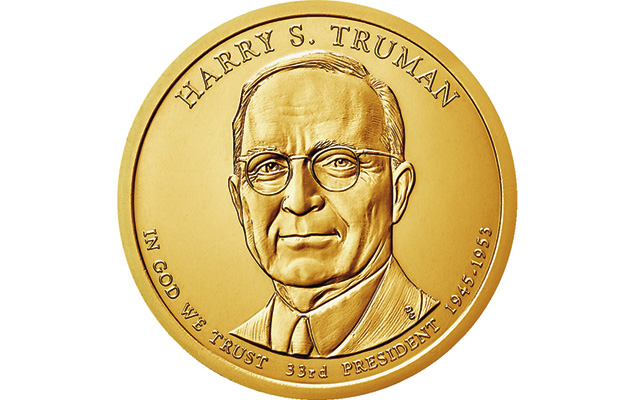 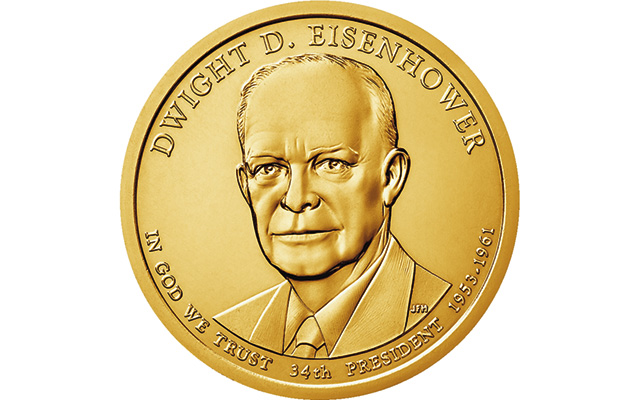 Dwight D. Eisenhower appears on the obverse of the second 2015 Presidential dollar. 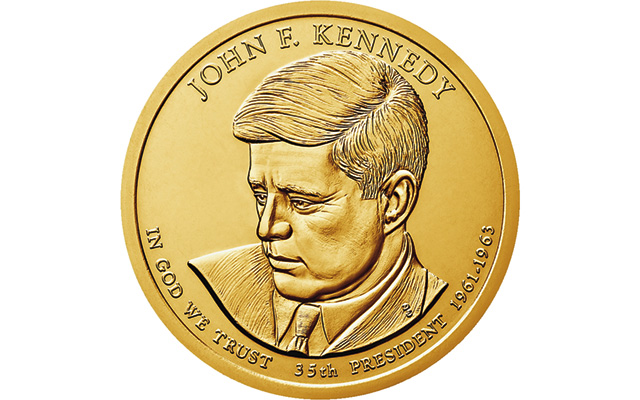 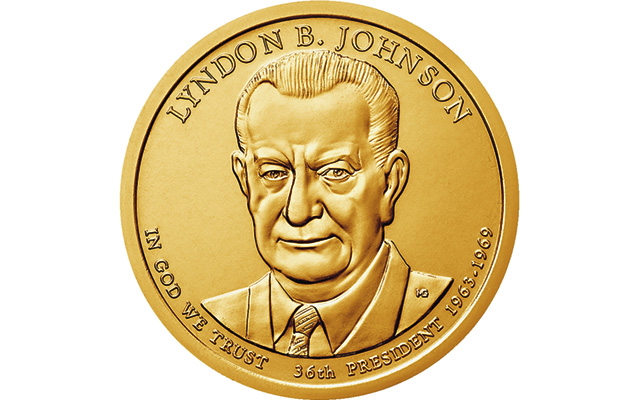 Lyndon Baines Johnson is commemorated on the fourth and final 2015 Presidential dollar.

United States Mint officials on Dec. 15 released images of the four 2015 Presidential dollars in what should be the penultimate year for the program.

The program, which debuted in 2007, is expected to conclude in 2016. Four coins have been issued every year to date, and four coins are scheduled for release in 2015. Two coins, honoring Richard M. Nixon and Gerald R. Ford, will conclude the series in 2016.

The obverse design for the Truman coin features a portrait of the nation's 33rd president created and engraved by Don Everhart of the United States Mint staff. The design features a forward-facing portrait of Truman. Inscriptions are HARRY S. TRUMAN, IN GOD WE TRUST, 33rd PRESIDENT and 1945 – 1953.

Everhart also designed and sculptured the portrait of John F. Kennedy for the third 2015 Presidential dollar. The coin features a portrait of Kennedy looking down, a pose reminiscent of that in his official White House portrait. Inscriptions are JOHN F. KENNEDY, IN GOD WE TRUST, 35th PRESIDENT and 1961 – 1963.

Michael Gaudioso of the Mint engraving staff designed and sculptured the portrait of Johnson, which features a forward-facing portrait of the president. Inscriptions are LYNDON B. JOHNSON, IN GOD WE TRUST, 36th PRESIDENT and 1963 – 1969.

Presidential dollars are made of a manganese-brass copper clad composition, and are struck in circulation-quality, Mint set quality and Proof versions for collector sales. The coins are not struck for circulation.

See the Presidential dollar page at the Mint website for information on products as they become available.