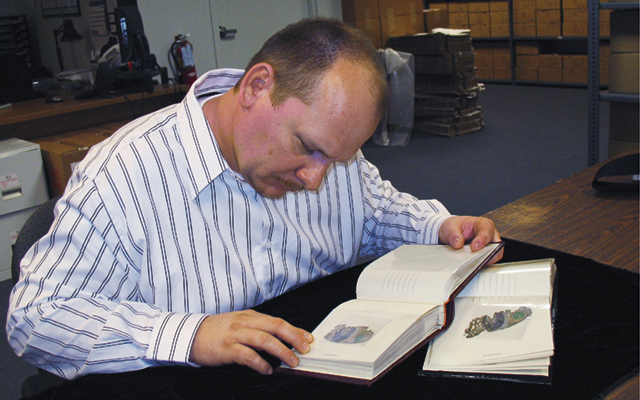 Brian Ingram of Arkansas found the only ransom money ever discovered from the legendary 1971 "D.B. Cooper" skyjacking. He's looking at the recovered $20 notes he stored for decades in photo albums. 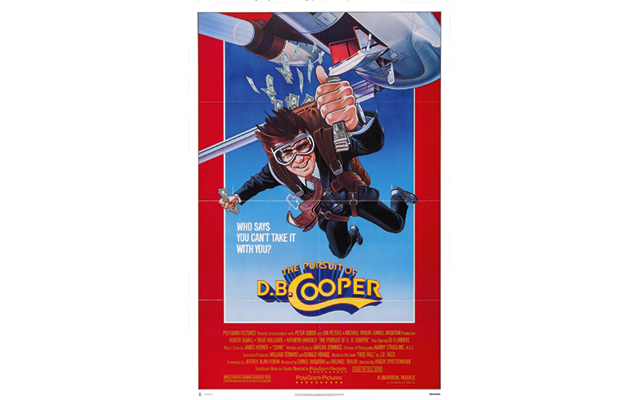 Many movies and books have speculated about what happened after the D.B. Cooper skyjacking. This movie poster for the 1981 movie "The Pursuit of D.B. Cooper" was sold along with posters for six other movies as one lot for $20 in a Feb. 23, 2014, auction conducted by Heritage Auctions.

On Feb. 10, 1980, 8-year-old Brian Ingram of Washington was vacationing with his family on the Columbia River about 9 miles downstream from Vancouver, Wash.

He was raking the sandy riverbank to build a campfire when he uncovered three packets of cash, significantly disintegrated but still bundled in rubber bands. It amounted to about $5,800 worth of $20 Federal Reserve notes.

Ingram’s family gave the money to the FBI who then confirmed the money was a portion of the ransom demanded by 1971 skyjacker D.B. Cooper. The two packets each contained 100 $20 FRNs and a third packet of 90, all arranged in the same order as when given to Cooper.

The name “D.B. Cooper” entered the American vocabulary shortly after a skyjacking (hijacking of an aircraft) on Nov. 24, 1971, when a man carrying a black attaché case approached the Northwest Orient Airlines ticket counter at Portland International Airport in Portland, Ore., and bought a one-way ticket to Seattle.

The FBI returned some of the notes and partial notes to the Ingram family after they were examined and inventoried. Most of the notes returned to the family had little or no trace of the serial numbers.

However, enough traces of the serial numbers remained on some notes to identify them as being from the ransom money. Most of the notes have lightly written initials of FBI agents who inventoried and examined the items soon after they were discovered by Ingram.

In 1986, after protracted negotiations, the recovered notes were divided equally between Ingram and Northwest Orient’s insurer, with the FBI retaining 14 examples as evidence.

Ingram kept the partial notes and fragments for decades in the pages of photo albums.

In March 2008, Ingram, by then living in Mena, Ark., had 83 partial notes and fragments from the skyjacking ransom certified by PCGS Currency.

According to a Coin World story published March 17, 2008, PCGS staff discovered, during the examination and certification of the recovered money, nearly three dozen serial numbers that apparently had not been previously recorded by the Federal Bureau of Investigation.

Make sure you read other posts of the series:

In some cases, portions of as many as four notes were stuck together due to their apparent long exposure to water and various weather conditions.

A specially made PCGS Currency holder insert was created for the certified notes. The encapsulation insert depicts the famous 1971 artist’s sketch of the sunglasses-wearing skyjacker and includes the words, “D.B. Cooper 1971 Ransom Money.”

No grades were assigned because of the deteriorated condition of the notes.

The FBI has continued to interview suspects and others claiming to have insight into the incident, but no further firm evidence has ever been found.

Since 1980, none of the remaining approximately 9,700 notes has ever turned up.

But that hasn’t stopped the imaginations of authors and screenwriters and even conspiracy theorists, who question and wonder whatever happened to Cooper.

Books, movies and symposiums have speculated on if and how Cooper could have survived and who might have been an accomplice.

Many people claiming to be Cooper or to have knowledge about his whereabouts have been the topic of deathbed confessions. But none have proved to be truthful. 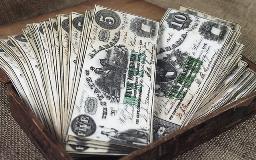 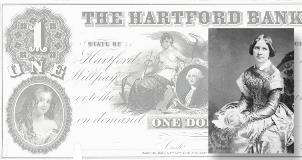 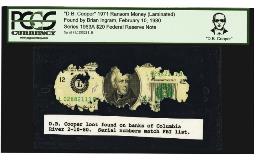