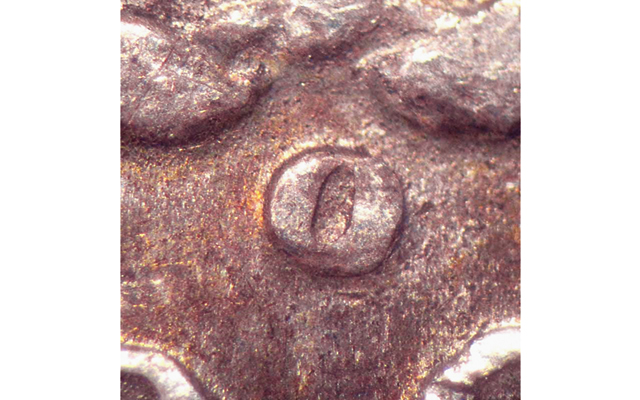 This much smaller than normal New Orleans Mint mark was also used for genuine dollars in 1880 and 1899. 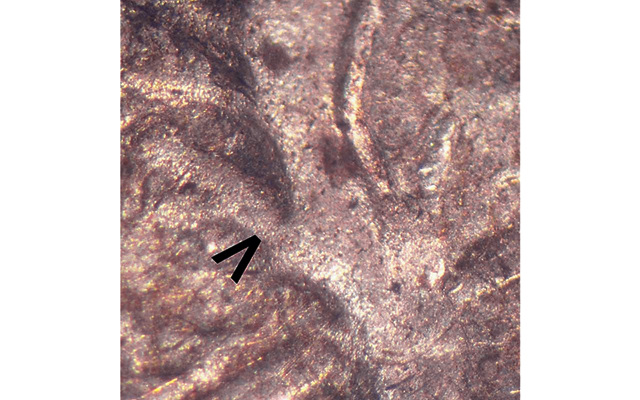 No authentic 1902-O dollars use the C3 reverse hub, which was replaced in 1900. Note the feather on the eagle’s neck that doesn’t lay flat and the V-shaped gap between the neck and wing. 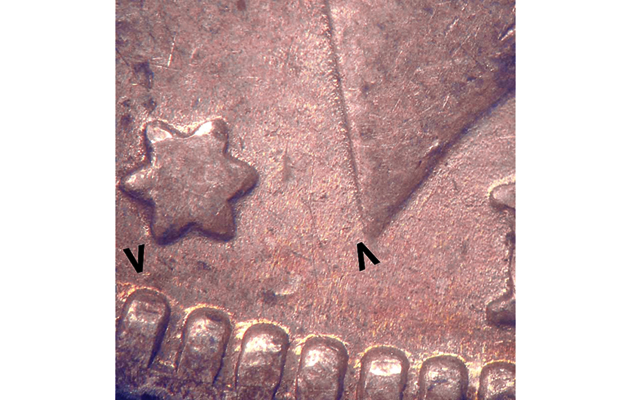 A faint and shallow raised line may be seen from the point of the neck to the edge. This is from a die crack in the parent coin used for the obverse. 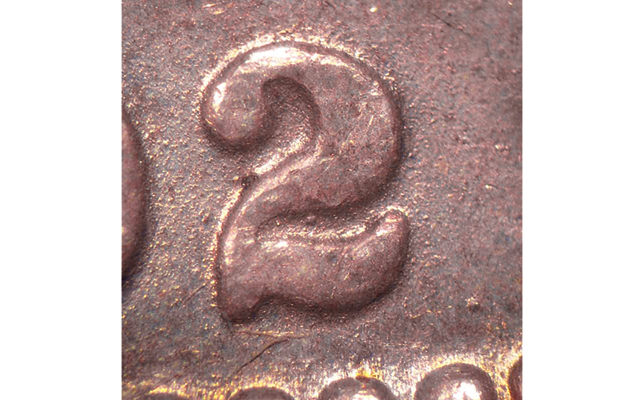 Many of the details on the piece are mushy. Many odd raised dots surround the digits.

The Top 100 Morgan Dollar Varieties: The VAM Keys by Michael Fey and Jeff Oxman lists some of the series’ most desirable pieces.

Three of its listings have achieved a level of notoriety after it was discovered they are contemporary counterfeits. The spurious dollars dated 1896, 1900 and 1902 all share a “Micro O” Mint mark used for genuine issues in other years.

I recently had the opportunity to examine a well-preserved VAM-3 1902-O Morgan dollar. Its description in the Comprehensive Catalog and Encyclopedia of Morgan & Peace Dollars by Leroy Van Allen and A. George Mallis notes the abnormally small Mint mark along with a reverse hub type that was replaced in 1900. Seeing the piece now, its nature seems obvious with the benefit of hindsight.

Of course, that’s a luxury that’s never available at the onset of any new research. The counterfeits passed as dollars at face value with apparent ease, as most examples are heavily circulated. The wear of commerce hid the telltale flaws for decades.

Although some suspicions were raised earlier, only in 2005 was conclusive proof presented. Studying a group of higher grade examples, Mike Faraone at Professional Coin Grading Service found matching and repeating depressions on multiple examples.

Further research by Van Allen uncovered that the reverse used for all three dates was copied from an VAM-6 1899-O dollar. His booklet Micro O and Other Counterfeit Morgan and Peace Dollars also describes a growing family of die linked issues now unmasked. The scale of the operation had gone undetected for perhaps a century. We don’t know exactly when they were produced, but it’s a reasonable assumption that they were all made around the same time.

A few months ago, a collector showed me a VAM-4 1896-O Morgan dollar with the date 1905 crudely carved into its obverse.

The coin showed signs of circulating after suffering the graffiti. It’s hardly proof, but suggests the fakes were made shortly after the dates from which they were copied.