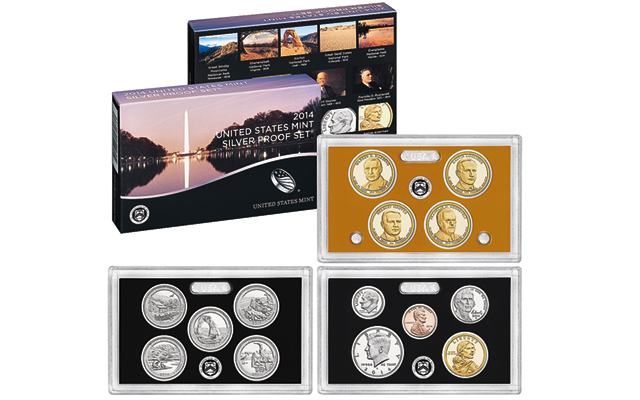 Sales for the 14-coin 2014-S Silver Proof set by the United States Mint are scheduled to begin at noon Eastern Time April 29.

The 14 coins in the set are encased in three separate plastic lenses that are then housed in a full-color storage box.

The front of the box bears a scene of the Reflecting Pool in Washington, D.C., with the Washington Monument in the background. The back of the box includes images showing scenery in the five national parks depicted on the reverses of the five America the Beautiful .900 fine silver quarter dollars in the set.

Orders will be accepted at the bureau’s online catalog at www.usmint.gov/catalog or at 800-872-6468.