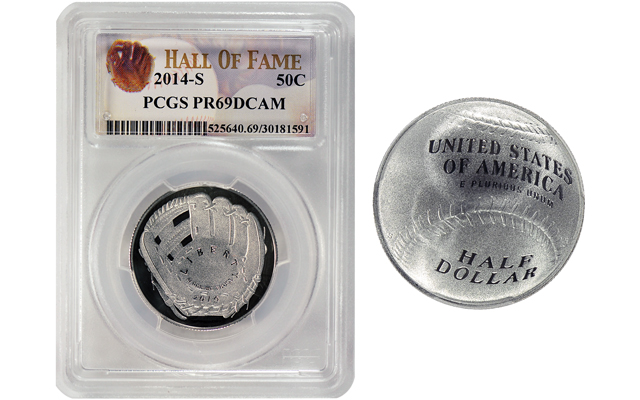 After the frenzy of the first few months, prices for these have settled down. Here’s a look at the half dollar in the marketplace.

The story: Proof and Uncirculated 2014 Baseball copper-nickel clad half dollars are the only coins from the program still available from the U.S. Mint, priced at $23.95 and $22.95, respectively. With a large authorized mintage of 750,000, examples should be available from the Mint for some time. The Mint’s Young Collectors set includes a half dollar in a colorful holder and is available at $24.95.

Contrasting with the $5 issue, the half dollars are generally graded Proof 69 Deep Cameo rather than Proof 70 Deep Cameo, placing added pressure on “perfect” examples.