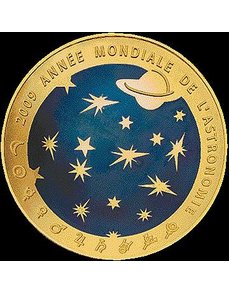 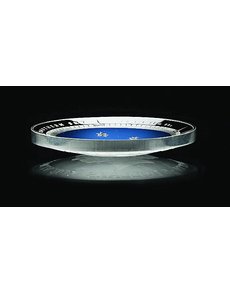 A new color-printed and dome-shaped Proof silver $5 commemorative coin featuring the Southern Cross was issued by the Royal Australian Mint Aug. 1. The shape of the coin is similar to what the U.S. Mint is being asked to achieve with two of the baseball coins.

Commemorative coins honoring the National Baseball Hall of Fame and Museum in Cooperstown, N.Y., will be issued in 2014.

The surcharges will be used to support the National Baseball Hall of Fame and Museum’s educational outreach programs, including “the ongoing efforts to reach America’s youth with meaningful lessons, such as the BASE (‘Be A Superior Example’) program, which promotes healthy living and choosing to live and play free of performance-enhancing substances,” according to a news release from the Hall of Fame.

The 2014 gold $5 half eagle and silver dollar are to be struck using a technique that would produce coins resembling a baseball with a concave obverse and a convex reverse.

Included in the law is a provision called the “sense of Congress” directing the Mint to use a special design technique “to the extent possible without significantly adding to the purchase price of the coins.”

“It is the sense of Congress that coins minted under this Act should be produced in a fashion similar to the 2009 International Year of Astronomy coins issued by the Monnaie de Paris, the French Mint, so that the reverse of the coin is convex to more closely resemble a baseball and the obverse concave, providing a more-dramatic display of the obverse design. …”

The law also requires the common obverse design for all three denominations to be emblematic of the game and to be selected through a competition. The winner of the competition would be compensated with at least $5,000, with the amount to be determined by the Treasury secretary.

The reverse of the coins is to depict a baseball similar to those used by Major League Baseball.

The designs will be selected by the Treasury secretary after consultation with the National Baseball Hall of Fame and the Commission of Fine Arts; and review by the Citizens Commemorative Coin Advisory Committee.

The law allows the Treasury secretary to accept design proposals from artists, engravers of the United States Mint and members of the public.

The year 2014 will mark the 75th anniversary of the opening of the National Baseball Hall of Fame and Museum on June 12, 1939.

Ty Cobb, Walter Johnson, Christy Mathewson, Babe Ruth, and Honus Wagner comprised the inaugural class of inductees. Since 1939, just one percent of all Major League Baseball players have earned induction into the Hall of Fame.

The National Baseball Hall of Fame and Museum houses the world’s largest collection of baseball artifacts, including more than 38,000 three-dimensional artifacts, 3,000,000 documents, 500,000 photographs and 12,000 hours of recorded media.

Since its opening in 1939, more than 14 million baseball fans have visited. ¦