Famous Rarities with a past offered in upcoming auctions 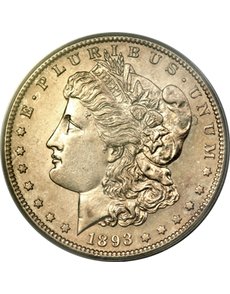 Numismatists have long known that five 1913 Liberty Nickels existed, but until about 10 years ago, the George O. Walton specimen was believed to have been lost in an auto accident. Happily for Mr. Walton's heirs, the coin they owned, long thought to have been a fake, turned out to be the real thing, and it will be offered for sale for the first time ever at Platinum Night in Heritage Auctions’ upcoming 2013 April 24 - 28 CSNS US Coin Signature Auction in Rosemont, Illinois.

1913 Liberty nickels were struck clandestinely at the Mint, from proof dies on planchets intended for circulation. This is one of only three available to collectors, with the other two in museums, and this offering has already received a great deal of attention in the mainstream media. Although certified by PCGS, it will be sold in the plastic holder it has long resided in, along with the PCGS insert which authenticates the coin and denotes the grade as Proof-63.

Also in April, Heritage will be offering one of only three known examples of the Canadian 1936 Dot cent in their 2013 April 17 - 22 CICF World & Ancient Coins Signature Auction. All three pieces were once owned by John Jay Pittman, but this coin was stolen in 1964 and later returned, with scratches in the right obverse field.

Unlike the 1913 Liberty Nickel, the 1936 dot cent was originally intended for circulation. The Royal Canadian Mint had prepared 1937 coinage with the portrait of King Edward VIII, but upon his abdication in late 1936, the design was no longer valid. Because of a coin shortage, Canada was forced to continue production of 1936-dated 1, 10, and 25 cent coins into 1937. It was felt that the new coinage needed to be distinguishable from coins produced in 1936, and therefore a dot was placed below the date. Only the 25 cent piece was actually placed into circulation, and both the cent and the ten cent piece are great rarities today.

Heritage is still accepting consignments for both of these outstanding auctions. The deadline for World Coins is February 25, and the US coin deadline is two weeks later on March 11.