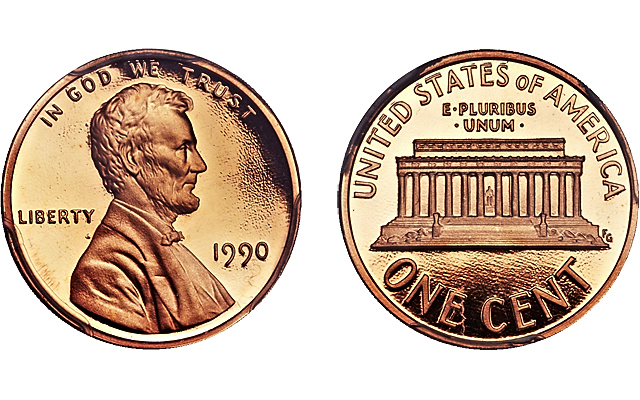 Fewer than 200 examples of the Proof 1990 Lincoln, No S cents are reported to exist.

The numismatic hobby was abuzz when New York collector Jim Gullen discovered on July 18, 1990, that the Lincoln cent in his 1990-S Proof set was missing the S Mint mark of the San Francisco Mint.

In the more than two decades since, fewer than 200 examples have been located.

The coin is one of 1,940 lots to be offered in four floor sessions July 10 and 11 in conjunction with the Florida United Numismatists Summer Convention in Orlando.

The convention and auction are being held at the Orange County Convention Center, West Concourse, 9800 International Drive.

Examples of the 1990-S Lincoln, No S cents were found not only in the 1990-S Proof sets, but also in 1990-S Prestige Proof sets, which contained a 1990-S Eisenhower commemorative silver dollar and a regular Proof set.

Approximately 3,700 of the No S Proof cents were struck, with U.S. Mint officials confirming that 145 were located and destroyed before leaving the San Francisco Mint.

The U.S. Mint in 1985 abandoned the practice of punching the Mint marks into working dies, opting to place the Mint mark on the working hubs.

Within months after the discovery, complete sets containing the No S cent were trading for as high as $3,000.