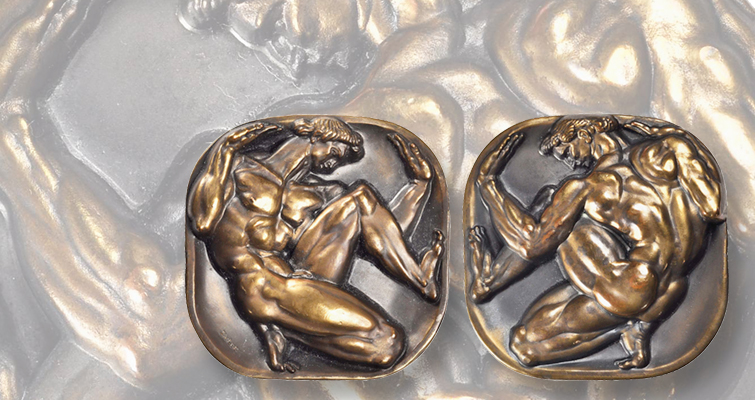 Donald De Lue’s 1985 Bursting the Bounds medal is one of the most popular modern medals, and one of the heaviest. This example sold for $660 on Nov. 8. 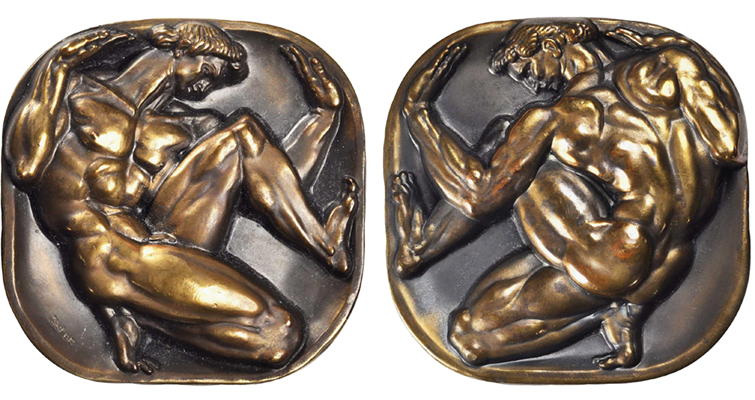 Donald De Lue was 88 years old when he created the 1985 Bursting the Bounds medal.

Here is one of three that sold in Baltimore, each showcasing a different facet of the higher-end medal market:

One of the most popular medals produced in the past few decades is the 111th issue of the Society of Medalists — artist Donald De Lue’s Bursting the Bounds 72-millimeter bronze medal. Both sides show a muscled male figure struggling against the confines of the medal, which is not quite octagonal and not quite round.

De Lue was 88 years old when he created the 1985 medal, and he would die in 1988. His resulting medal is massive, and at 24 millimeters thick, its formation required 14 blows at 100 tons per square inch, with annealing between each strike.

The artist’s original intention was to make relief even higher, with more separation between the figure and the field, but this proved impractical, and the Medallic Art Co. produced this deep relief medal. The reported mintage is 750 pieces, and this one, graded Mint State by Stack’s Bowers, sold for $660. 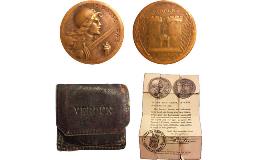 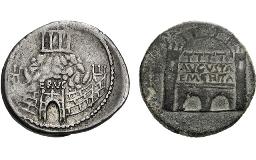 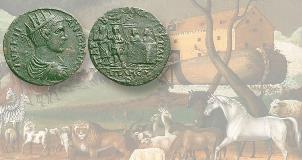