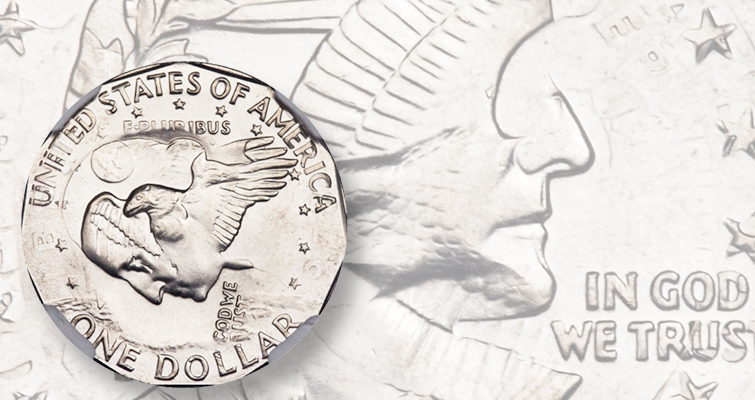 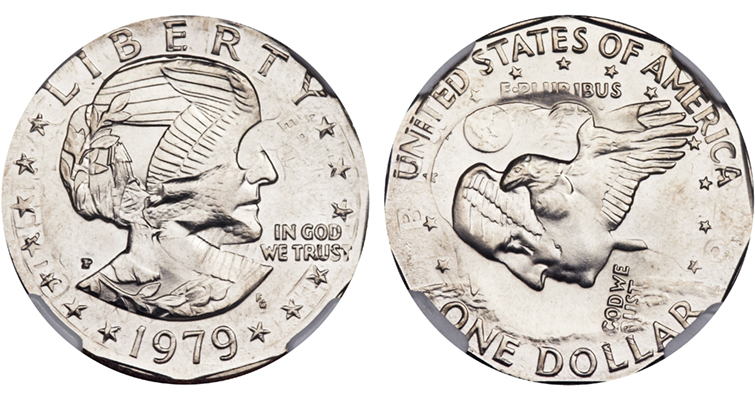 Errors rarely get more impressive than this 1979-P Anthony dollar struck on a 1978 Washington quarter dollar. The coveted example of a double-denomination and double-date error is graded MS-66 by Numismatic Guaranty Corp. and brought $14,100. It was offered alongside several other impressive small-size dollar errors in the auction.

COIN VALUES: How much is your 1979-Anthony Dollar worth?

Visually, this is one of the more intriguing double-denomination errors, especially in how the eagles interact and merge with the portraits on both sides, creating an almost surreal appearance.

The date of the Anthony dollar is clear and the date of the quarter dollar is readable near 3 o’clock relative to the reverse. Heritage writes, “Our consignor states that this is one of only two known 1979-P dollars overstruck on a quarter, and the only one with a different dated undertype,” adding, “Our online auction archives show a number of Anthony dollars struck on wrong planchets, but only one prior appearance of an Anthony double denomination error: a 1999-P dollar on a Georgia state quarter.”