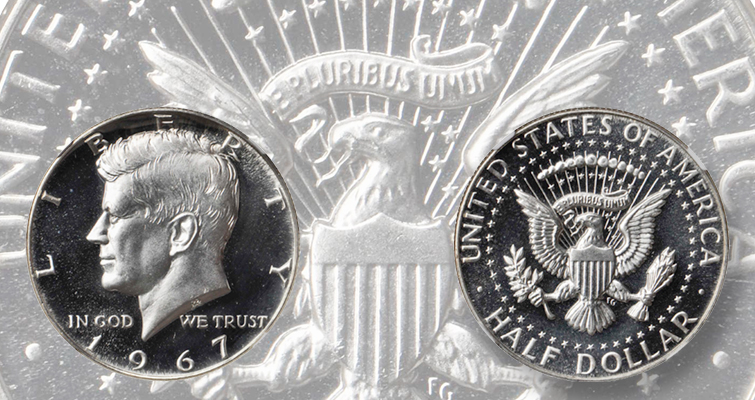 The sole finest 1967 Special Mint set MS-69 Kennedy Half dollar graded by NGC with an Ultra Cameo designation brought $12,600 on Aug. 15 in Philadelphia. 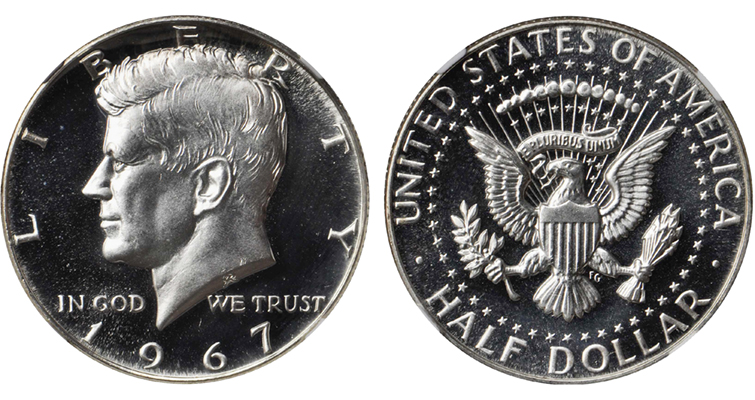 Top-grade Kennedy half dollars from Special Mint sets bring in premiums over their circulation-strike brethren.

Kennedy half dollars were first issued in 1964 and production continues today. The series offers various finishes, three different compositions and even a design variant with the dual-dated 1776–1976 Bicentennial half issue.

Between 1965 and 1967 the U.S. Mint did not strike traditional Proof coins. Instead it produced Special Mint sets in lieu of traditional Proof sets. These coins are often reflective, but rich cameo contrast between the fields and devices is unusual.

Stack’s Bowers Galleries offered the finest certified 1967 Special Mint set half dollar at its Aug. 15 Rarities Night auction at the American Numismatic Association auction. The cataloger noted, “Virtually all of the 1,863,344 SMS half dollars produced in 1967 are universally brilliant with prooflike surfaces, a finish achieved without overpolishing the dies as had been done for the 1965 and 1966 SMS issues,” explaining that the 1967 Special Mint set half dollars rarely come with contrast that would be called Deep or Ultra Cameo.

The offered coin was a rare exception, and the Numismatic Guaranty Corp. Mint State 69 Ultra Cameo stunner sold for $12,600. 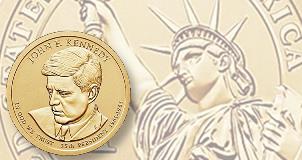 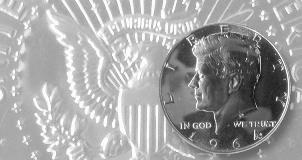 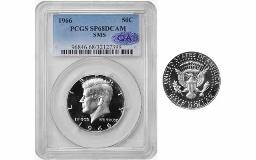