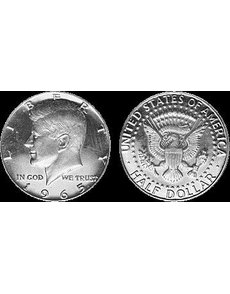 The sets represented a compromise between the traditional Uncirculated Mint sets and Proof sets during a period when the Mint was focused on producing coins for circulation. A major coinage shortage had arisen, and in addition, the dime, quarter dollar and half dollar had been changed from a 90 percent silver alloy to copper-nickel and silver-copper clad compositions.

Coins in Special Mint sets were struck once on a high-tonnage press from polished dies. The coins are generally uniformly brilliant, but most examples lack the full mirror finish that a Proof coin would have.

In 1966, U.S. Mint Director Eva Adams wrote in her annual report that the SMS coins would “have a higher relief than regular coins and be better in appearance than any of the regular uncirculated sets heretofore issued.” That statement proved true, although most SMS coins visually fell short of duplicating Proof coins. A handful of coins from the Special Mint sets are found with frosted devices and brilliant fields, resulting in handsome cameo contrast. In 1996, Professional Coin Grading Service added designations for Cameo and Deep Cameo for 1965 to 1967 Special Mint set coins.

Cameo and Deep Cameo designations are generally most commonly found on the 1967 SMS issues and these are rare, yet accessible coins. For example, a 1967 Kennedy half dollar graded Mint State 67 Ultra Cameo by Numismatic Guaranty Corp. sold at a March 2011 Heritage auction for $575. For comparison, a non-Cameo MS-67 SMS example sold for just $36 recently.