A rare opportunity to study a famous U.S. Mint mishap 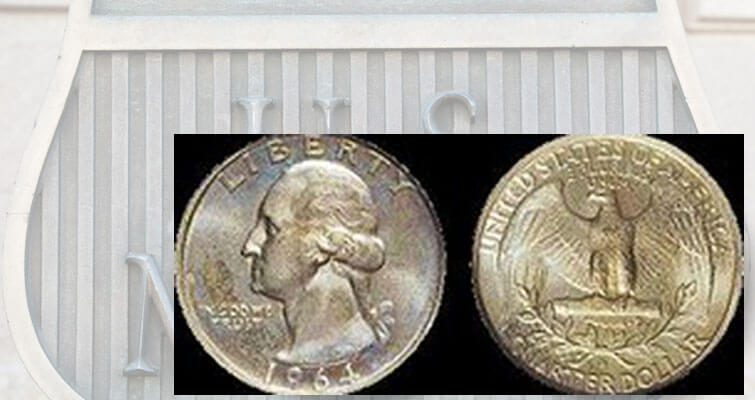 The eagle on the reverse of the 1964-D Washington, Reverse of 1965 quarter dollars displays crisp feather detail, a design change initiated to accommodate striking the Washington quarter dollar on a copper-nickel clad planchet.

I recently had the opportunity to examine a dozen examples of the 1964-D Washington, Reverse of 1965 quarter dollars.

Also called Type C Reverse quarter dollars, these 90 percent silver coins display crisp feather detail on the eagle, a design change initiated to accommodate striking the Washington quarter dollar on a copper-nickel clad planchet. It is a popular variety, worth about $225 in Mint State 65 compared to less than $20 for standard reverse 1964-D quarter dollars.

No one knows precisely how many 1964-D Washington, Reverse of 1965 quarter dollars were struck. Having 12 coins together provided a rare opportunity to perform a die study. My colleagues and I were able to attribute the coins to two different reverse dies. This means that dies intended to strike copper-nickel clad coins were instead impressed with a D Mint mark and used to strike silver counterparts – and it happened more than once. It’s exciting to think this mishap occurred multiple times, providing some insight into the transition from silver to clad coinage.

In 1965 when phasing out silver coinage, the Treasury wanted to remove any possible impediment to the introduction of copper-nickel. One concern was that silver quarter dollars would be hoarded, so they produced an enormous number of them.

An enormous amount of clad quarter dollars were also produced in 1965, more than 1.8 billion of them.

All U.S. coins dated 1965 through 1967 were struck without Mint marks although they were produced at all Mints. The use of Mint marks was temporarily suspended primarily to discourage collectors and speculators from hoarding new issues.

With such an extraordinary number of coins being produced during this period, it is hardly surprising that occasional mishaps like the 1964-D Washington, Reverse of 1965 quarter dollar occurred. Wrong planchet errors from this period also exist and are highly coveted.

For example, Heritage Auctions sold an About Uncirculated 50 90 percent silver 1965 Washington quarter dollar for $6,900 in a Jan. 7, 2006, sale. An extremely scarce counterpart, a 1964 quarter dollar struck on a copper-nickel clad planchet, is considered a six-figure rarity by error specialists.

To manage the transition, from 1965 to 1967, the Treasury and Federal Reserve Banks held all quarter dollars and dimes returned to them from circulation. By July 1967, they had developed a stockpile of 3 billion dimes and 1.3 billion quarter dollars and began using automated machines to sort them.

Copper-nickel clad coins were returned to circulation and silver coins were melted, yielding 212 million fine ounces of silver. Silver sales conducted from Aug. 4, 1967, through Nov. 10, 1970, which included the 212 million ounces of silver from melted dimes and quarter dollars, generated $147 million in profit for the U.S. government, according to the Treasury Department. 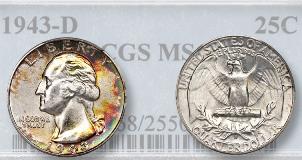 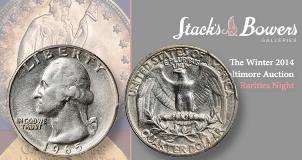 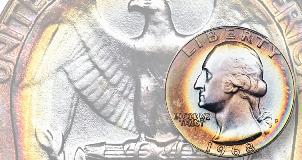