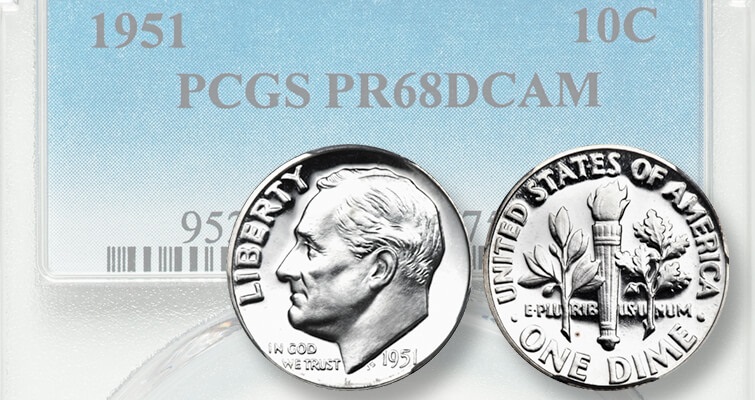 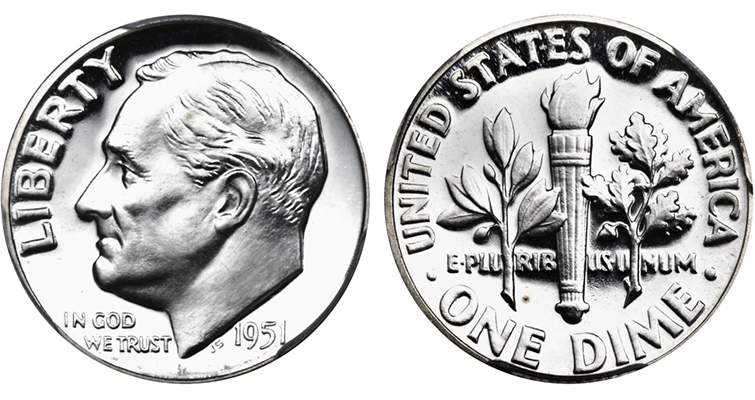 Proof 1951 Roosevelt dimes are not rare by any stretch of the imagination with a mintage of 57,500 coins that were sold in Proof sets directly to collectors. However, in top grades it becomes tougher and with Deep Cameo contrast between the fields and devices, it is elusive.

The Dallas ANA auction offered a 1951 dime graded Proof 68 Deep Cameo by PCGS — one of the two finest Deep Cameo examples certified at PCGS — and it sold for $14,100. Heritage observed, “This incredible PR68 specimen is among the finest-known survivors of this important date, with sharply detailed design elements and deeply mirrored fields that contrast dramatically with the frosty devices to create an intense cameo effect.”

COIN VALUES: What your 1951 Roosevelt dime is worth

Back in 2014 Heritage sold a comparable example for $23,500, but at that time it was the sole representative in this grade, while today there are two. 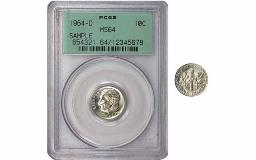 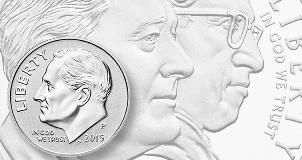 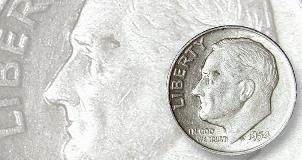