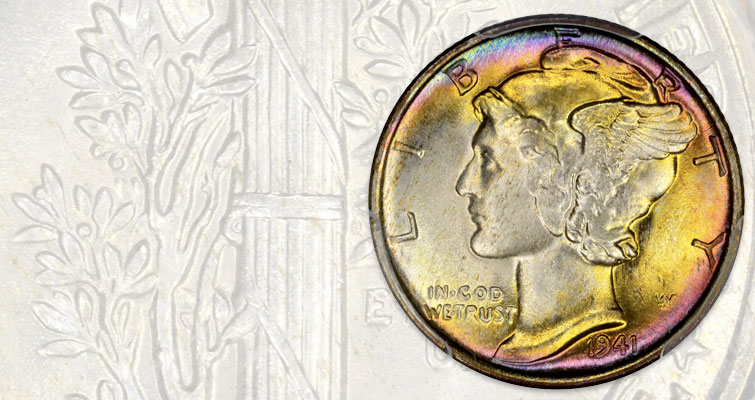 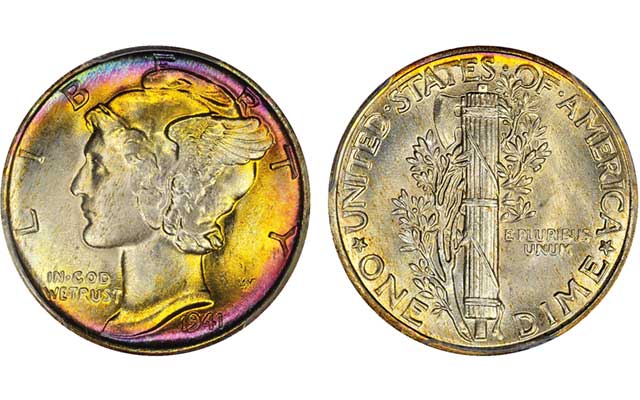 The typical 1941 Winged Liberty Head dime is not rare by any means and, even with fully struck bands on the reverse, it is readily available in grades up to MS-67, with Professional Coin Grading Service grading nearly 300 at the MS-67 full bands level (examples of which sell at auction at the $250 to $350 level typically). The population thins at MS-68 full bands with just a dozen like-graded coins certified at PCGS.

At its July 10 Summer FUN auction, Heritage sold this superb dime with a green Certified Acceptance Corp. sticker and intense gold, amethyst, and yellow toning for $7,050. It was substantially more than the last comparably graded CAC example brought when it sold for $3,818.75 at a Feb. 4, 2014, auction. That piece differed from the offered example in that it had deeper plum and mahogany coloration, rather than more vibrant jewel tones.