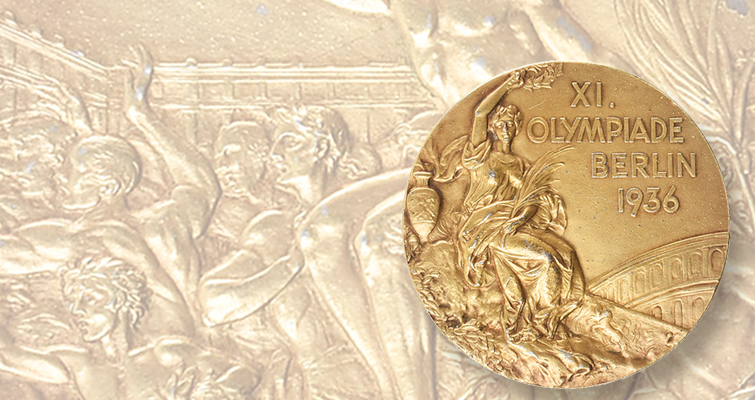 Gustav Schafer’s gold medal for winning the individual sculls competion in rowing during the 1936 Berlin Olympics will be auctioned April 12. 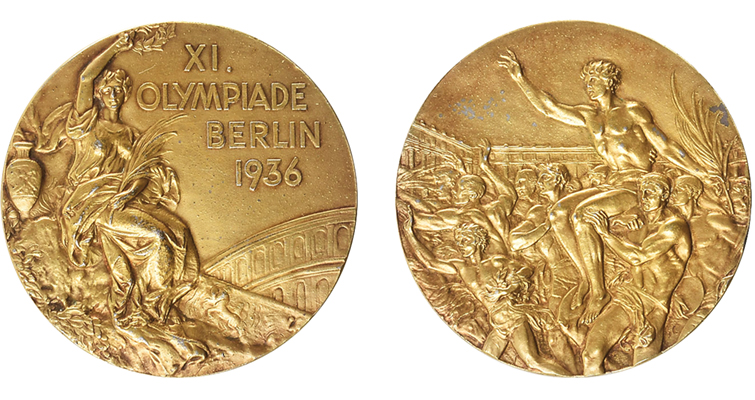 The first-place gold medals awarded in the 1936 Berlin Olympics are actually gilt silver. 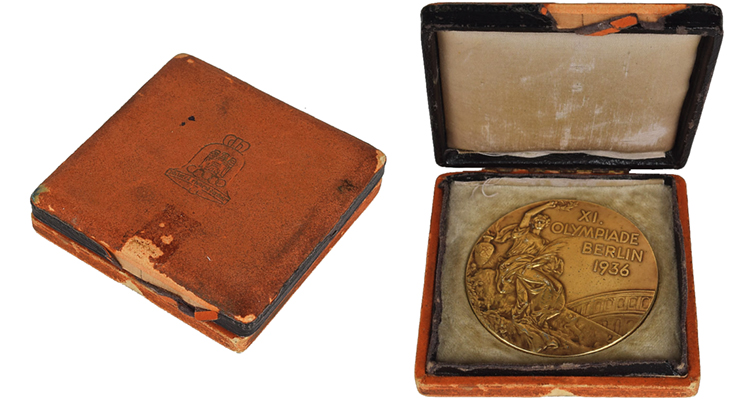 The gold medal is housed in its original leather presentation case. 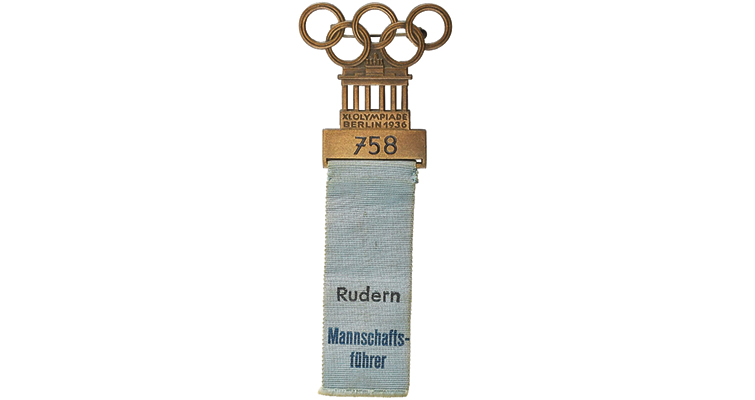 A small pin depicting the five Olympic rings is also included with the gold medal.

A gold medal won at the 1936 Summer Olympics in Berlin by the captain of Germany’s rowing team, Gustav Schafer, is being offered at auction April 12 by RR Auction.

Schafer took first-place honors rowing in the single sculls competition. Germany dominated the rowing competition, winning a medal in each of the seven events, including five golds.

The medal’s obverse features Victory, seated, with the Coliseum in the background. The reverse depicts a winning athlete being carried by jubilant competitors. The bottom edge of the medal is engraved incuse with the manufacturer’s hallmark, B.H. MAYER, PFORZHEIM.

The medal is housed in its original leather presentation case. Also included in the lot is a small Olympic Rings pin; and a winner’s ribbon issued for rowing, manufactured by Lauer, featuring the Olympics rings over the Brandenburg Gate, with the badge engraved “XL Olympiade Berlin 1936, 758,” and the original blue ribbon with text, “Rudern, Mannschaftsfuhrer.”

A buyer’s fee of 22.5 percent will be added to the final closing hammer price. 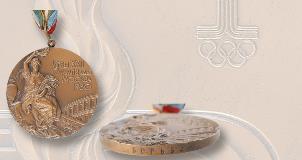 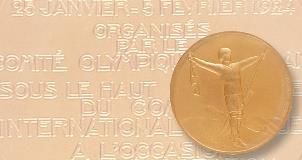