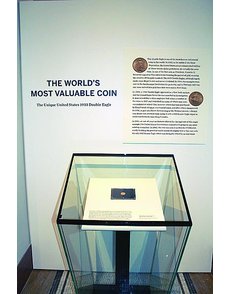 A new exhibit at the New-York Historical Society’s home features a 1933 Saint-Gaudens double eagle that was purchased for $7,590,020 in a July 2002 auction in New York City. 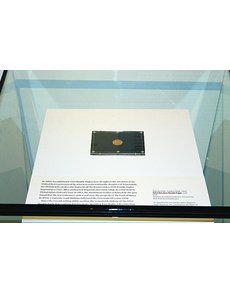 The 1933 double eagle will be on exhibit at the New-York Historical Society’s Robert H. & Clarice Smith New York Gallery of American History for “a while.” 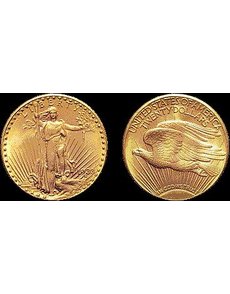 This 1933 Saint-Gaudens gold $20 double eagle held the record for the most expensive coin sold at auction from July 2002 to January 2013.Images courtesy of Stack’s and Sotheby’s.

The only example of the 1933 Saint-Gaudens double eagle that can be privately owned went on display at the New-York Historical Society on Aug. 9.

The coin will be on display as a single-coin exhibit titled “The “World’s Most Valuable Coin: The Unique United States 1933 Double Eagle” in the society’s Robert H. & Clarice Smith New York Gallery of American History. Timothy Wroten, the organization’s associate manager of communications said that the society does not have a closing date for the exhibit and that collectors can “expect it to be up for a while.”

The coin was last included in the American Numismatic Society’s long-running exhibit at the Federal Reserve Bank of New York, “Drachmas, Doubloons & Dollars: The History of Money.” The 1933 double eagle went off display at that venue last fall.

In contrast with the coin’s storied history, its trip from the Federal Reserve Bank of New York to the historical society was rather uneventful. David N. Redden, vice chairman of Sotheby’s, carried the coin in a briefcase and took a 6.7-mile ride to the New-York Historical Society in a black sports-utility vehicle with two armed former police officers, according to an Aug. 13 article in the New York Times.

The coin’s buyer has never been publicly identified and the coin is on display as a loan from an anonymous private collection. Redden described the owner as not a coin collector, but rather, “a fabulous collector who was completely captivated by the story of the coin.”

The current world record at auction for a coin was set earlier this year. The finest known 1794 Flowing Hair silver dollar, graded Specimen 66 by Professional Coin Grading Service, sold for $10,016,875 at a Jan. 24 Stack’s Bowers auction. That coin had sold privately in 2010 for a reported $7.85 million.

While no longer the record holder, the 1933 double eagle is one of the most legendary American coins. The New-York Historical Society’s press release boasts of its reach outside of numismatics stating, “Since the record-setting 2002 auction, the remarkable history of the 1933 Double Eagle has inspired four books, a documentary produced for the Smithsonian Channel, and an episode of the television show The Closer.”

In 2002 following its record sale, Coin World’s former editor Beth Deisher described it as the Mona Lisa of coins.

Louise Mirrer, president and CEO of the New-York Historical Society, said that the organization is honored to display this “extremely rare piece of American and Economic history,” adding, “We have lots of priceless objects, but it’s always exciting to have the most valuable anything.”

1933 Saint-Gaudens double eagles were legally produced; in fact, 445,500 were struck. They did not circulate and, pursuant to President Franklin D. Roosevelt’s executive order banning the payout of gold, nearly all were melted into gold bars in 1937. A few survived, including two now in the National Numismatic Collection at the Smithsonian Institution.

The example on display at the historical society is the only example that may be legally owned by an individual. It was granted this unique status as part of a 2001 settlement where this coin was identified as one that had been offered for sale in 1954 as part of the vast collections of King Farouk.

Ten more examples emerged from a Philadelphia safe-deposit box after the record-setting auction. Following lengthy litigation, a jury decided in a Philadelphia federal court that those 10 coins were the property of the government and not the Langbord family who found them. The Langbords are descendants of Israel Switt, a Philadelphia coin dealer and jeweler who nearly seven decades ago admitted to selling at least nine 1933 double eagles to collectors and other dealers. Switt made his admissions to Secret Service agents in 1944, during their investigation of the appearance of the coins into the marketplace. All nine pieces were recovered by the Secret Service and eventually destroyed.

Rumors persist that additional 1933 double eagles remain at large (a photograph exists of an example that does not appear to match the 13 currently acknowledged pieces), although the government has made clear that it intends to claim examples that may be found.

1933 double eagles draw a crowd wherever they travel. Last year, one of the two examples housed in the NNC went on a seven-nation tour of Europe. Karen Lee, a curator at the NNC wrote in a May 21, 2012, Coin World Guest Commentary that thousands of visitors took advantage of the once-in-a-lifetime opportunity to see the coin, attracted by the value, beauty and mystery of it. Upon the conclusion of the tour she wrote, “Now that our 1933 double eagle is back home, I’ve gained a greater understanding of what it is that makes a legend — both here and around the world.” ¦