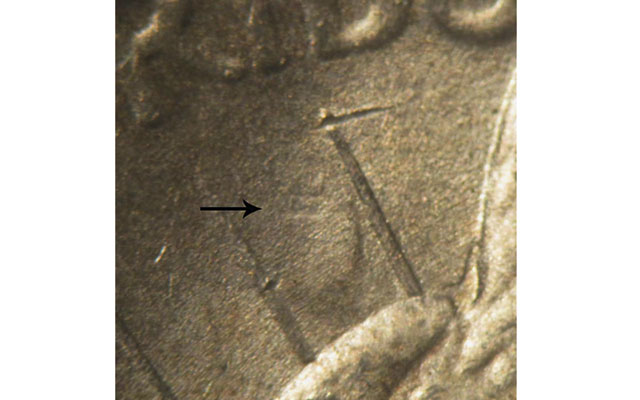 Close examination reveals a partial imprint of the letter E from WE clashed into the reverse above the eagle’s back. 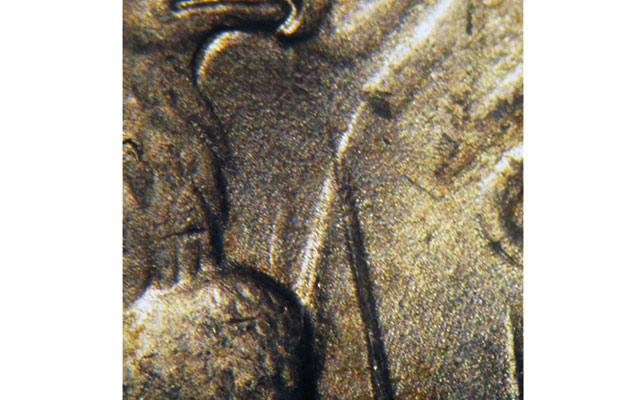 Other evidence of strong clashing is present. The long line from the eagle’s shoulder to the letter N of UNITED is from the back of Liberty’s neck. 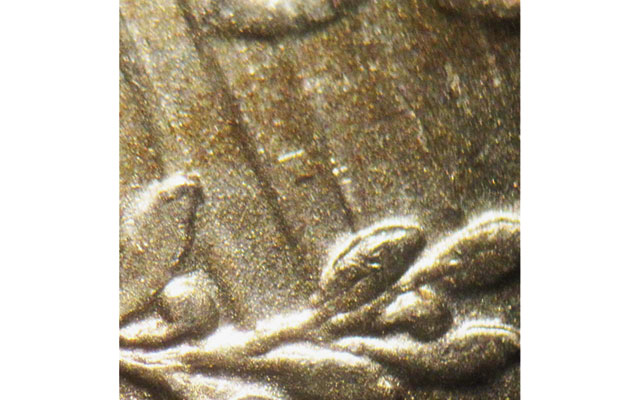 An odd rectangular chip is found between two rays above the olive leaves. 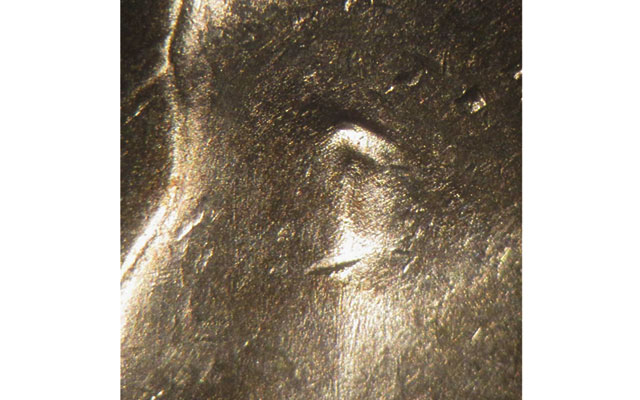 All stages of the obverse die can be identified by a gouge from the lower eyelid.

For the first time, a newly discovered Peace dollar variety has been crowned the Society of Silver Dollar Collectors’ ?“VAM of the Year.”

The VAM-8B 1924 Peace dollar was listed in May 2014 and is included in the 2015 update of Peace Dollar Die Varieties Descriptive Listings by Leroy Van Allen. The new clashed die variety was discovered by Bill Toland, who spotted some of its unusual characteristics in online auction photos.

When he got the coin in hand, he instantly noticed the E clash (from IN GOD WE TRUST), but had trouble believing what he’d found. When I asked him about his reaction to the coin, Toland said, “I probably picked the coin up 30 times that evening and examined it under any and every light source I could find around the house.” His further study of the piece revealed its link to the VAM-8 progression.

The Official Guide to the Top 50 Peace Dollar Varieties by Jeff Oxman and David Close includes a later stage of this marriage, VAM-8A, with die breaks in Liberty’s hair, as part of their Top 50 set. The new find of this earlier stage may be part of the reason the obverse broke in the manner it later did.

In 2012, Close and Ash Harrison co-authored The Elite 30 Peace Dollar VAMs. In this newer set, one of the slots was for two other known 1924 dollars with E clashes, VAMs 1D and 1BB. After Toland’s discovery, Close has stated the VAM-8B would also be considered part of the set.

Currently, five stages are known in the VAM-8 progression. All of them are of interest to Peace dollar variety enthusiasts, with the unique distinction of die linking the Top 50 and Elite 30 sets.

Additionally, all three varieties of “E clash” 1924 dollars are extremely rare. The new VAM of the Year is still only known from its discovery piece. Any estimate of value without a trading history of several examples is purely speculative.