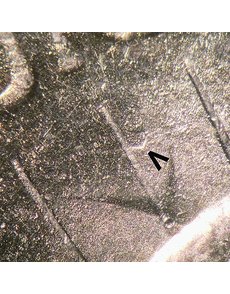 The newly listed VAM-1BB 1924 Peace dollar is noteworthy for the strong partial e clash above the eagle’s upper back. 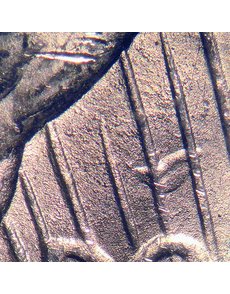 The reverse also displays a light patch of pitting above the letters do of dollar and the clash mark from the back of Liberty’s hair. 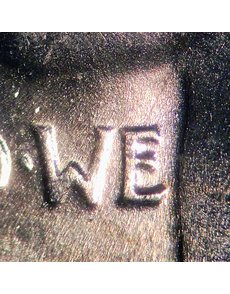 Oddly, the clash marks on the obverse are barely visible. Only a faint trace of a ray above the eagle’s back is found passing through the e of we.

Strongly clashed dies with letter transfer have been reported for Morgan dollars for several decades. Many of these are well known and eagerly sought.

A similar effect on Peace dollars has been noted on only a small handful of examples. They are so elusive that they have yet to capture popular imagination.

In correspondence dated March 6, Leroy Van Allen credited Mark Kimpton with the discovery of the new VAM-1BB 1924 Peace dollar. It will be published in the 2012 edition of New VAM Varieties of Morgan & Peace Dollars. Van Allen describes the variety as “Clashed die with partial incuse ‘E’ from WE of obverse” and called the find “amazing.”

Clash marks occur when a planchet fails to feed into the press. The dies strike each other and portions of the opposing dies’ designs are coined into their mates. Subsequent coins struck from the clashed dies will show these marks. Clash marks vary in strength due to the orientation of the dies within the press during the clashing strike.

Die wear and polishing are also factors. For this variety, a portion of the letter e of we contacted the reverse die above the eagle’s upper back leaving an impression that appears to pass under the second ray from the top.

Naturally other strong clash marks are present on the reverse, but curiously, the corresponding clashing found on the obverse is fairly faint. The reverse die also features a small patch of pitting above the do of dollar. The obverse is fairly nondescript beyond the faint clash marks, but there is a thin die crack at the top of the Phrygian cap under the r of liberty.

Like most new discoveries, it is difficult to estimate how rare it might be. However, at least initially, the VAM-1BB appears to be very elusive. It is challenging at best to assign a reasonable value for the variety. It may take several years for more examples to help establish a trading history. I can personally attest that the current example will remain within the collection in which it now resides.