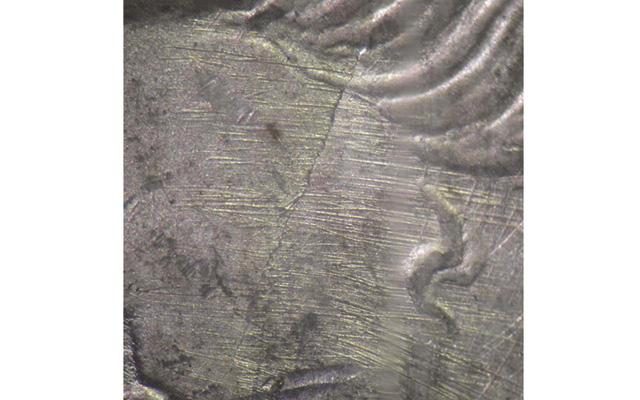 A long die break passes through Liberty’s forehead. The die was also coarsely polished in an apparent attempt to lessen the break’s visibility. 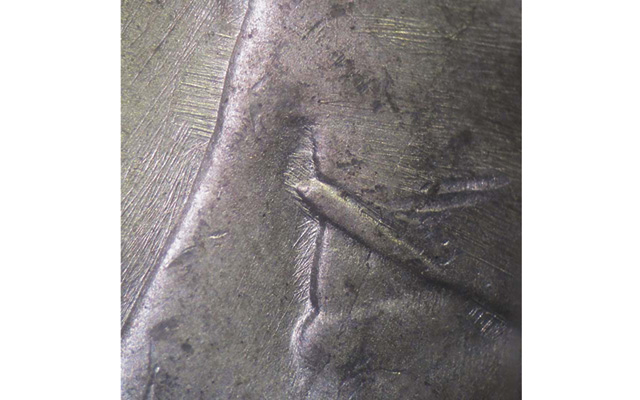 The break continues through the eye. More aggressive polishing is found along the profile. 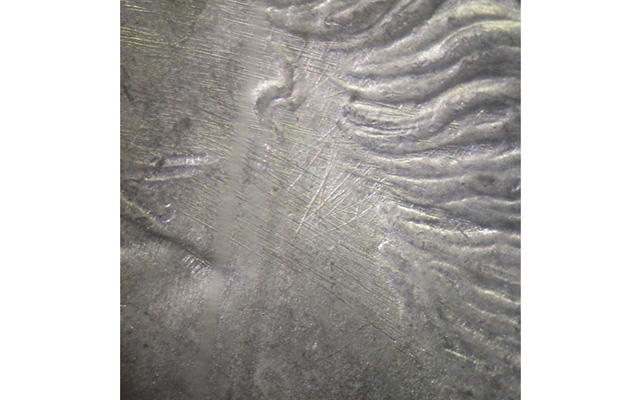 Additional polishing lines are seen in the hair behind the eye. 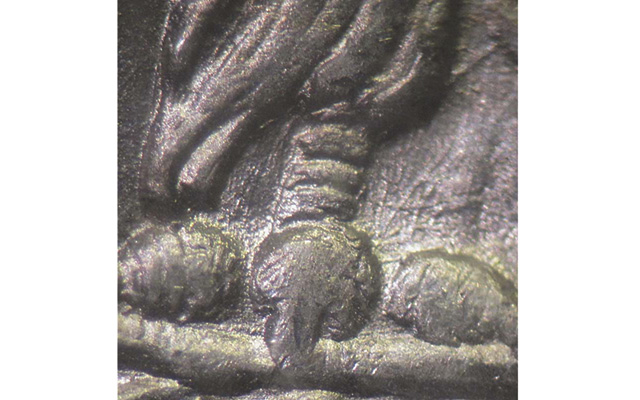 The reverse may be identified by a pattern of die scratches around the eagle’s leg.

Morgan dollar die varieties with colorful nicknames for long die breaks tend to attract considerable attention. Two of the more noteworthy examples of this are the 1888-O “Scarface” and the 1881-S “Wounded Eagle.” There are others, but lacking a catchy moniker, they’ve escaped widespread popularity.

The 1921 VAM-3AM3 has a long die break across Liberty’s head and eye. Looking at an example in hand, it’s hard not to imagine a pained expression on her face.

Few collectors are aware of the variety’s existence, but those that are find it fascinating. It was first reported in 2005 and listed as VAM-3AM in New VAM Varieties of Morgan Dollars by Leroy Van Allen. The official description was revised to include reverse die markers illustrated in the 1921 Scribbles Morgan Dollar Attribution Guide by Van Allen and Crae Morton.

While a detailed study of patterns of die scratches may seem esoteric at best, it also served to eliminate duplicated listings of two earlier stages of this marriage, the former VAMs 3EV1 and 3EV2. The later stage with the long break from Liberty’s coronet, through her hair and forehead, and continuing through her eye was reclassified as VAM-3AM3 in mid-2014 when the relationship to the two earlier stages was uncovered.

The research also lent further support to the theory that the extensive and aggressive die polishing found on the obverse was an attempt to remove the diagnostic long break.

This apparent repair work isn’t present on the earlier stages in the progression. Heavy polishing lines cross the break through the forehead. Other bold polishing is found in the field in front of Liberty’s profile. Additional lines are found behind her eye and resemble stray hairs. The overall effect creates an illusion of a harshly cleaned coin at first glance.