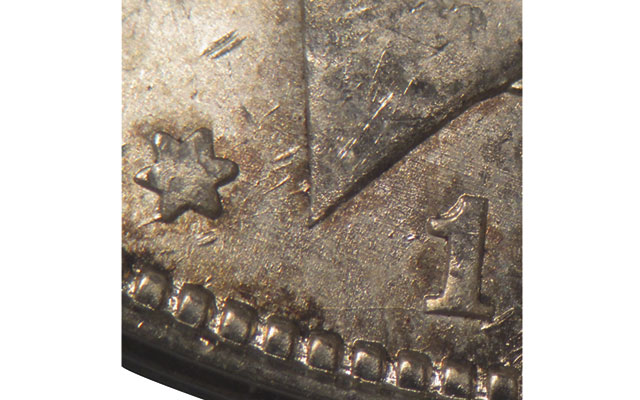 A series of small die gouges surround the first left star. The resemblance to a meteor shower is easy to see. 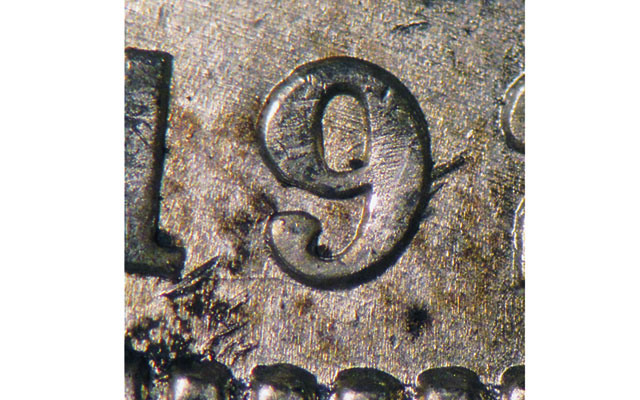 Another patch of gouges cluster about the first two digits. 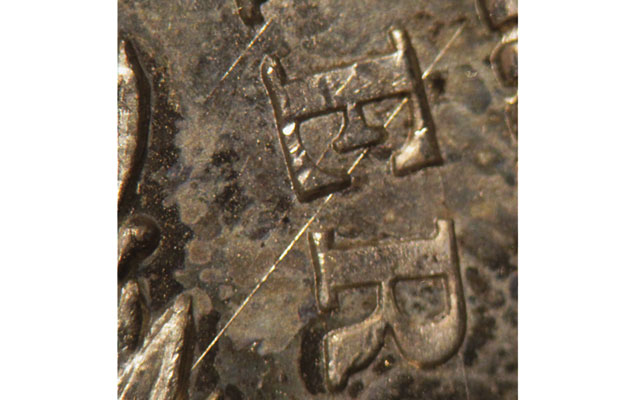 This specific reverse die has a long line passing through the E of AMERICA. 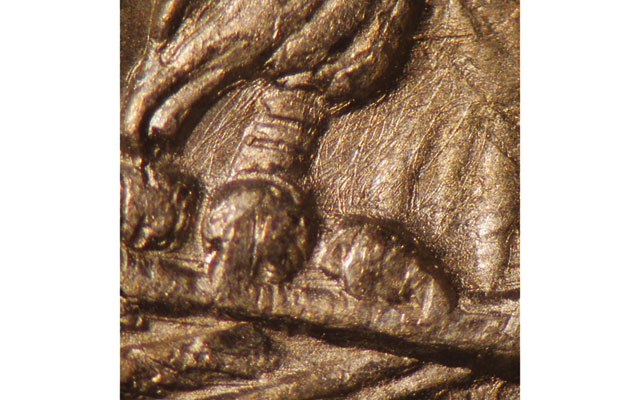 The reverse die for the VAM-3I variety is among several hundred 1921 reverse dies with hand engraved “scribbling,” intended to fill a gap by the eagle’s leg.

The “Meteor Shower” or VAM-31 variety of 1921 Morgan dollar may be instantly identified by a series of die gouges in the area around the point of Liberty’s bust. The resemblance to an eruption of shooting stars is unmistakable.

It was first reported in September 1999 and subsequently listed in New VAM Varieties of Morgan Dollars by Leroy Van Allen. While this variety is well known to specialists, the exact cause of the die gouges is unknown. They are all short yet relatively bold and vary only slightly in orientation. It appears the event that caused the “meteor shower” occurred during the die’s preparation, before its initial use. An example of this exact marriage without the distinctive gouges has never been located.

All examples of the obverse of VAM-3I have been mated with the same reverse die. It is identified by a long scratch that passes through the E of AMERICA. Additionally, around the eagle’s right (viewer’s left) leg, a pattern of hand-engraved swirling die scratches that looks like random scribbling appears.

Hundreds of other 1921 Morgan reverse dies employed at the three Mints have similar scribble markings. They are separately cataloged in the 1921 Scribbles Morgan Dollar Attribution Guide by Van Allen and Crae Morton.

The 1921 reverse hubs were of a lower relief than those of earlier years. The working dies were more susceptible to voids in the design when they were polished before use. The hand engraving was an expedient repair, and many examples have somewhat similar patterns — almost like a signature.

Close examination reveals subtle differences, however, and individual reverse working dies can be identified by their “scribble scratches.” The scribbling on the VAM-3I 1921 Morgan dollar reverse is most likely the characteristic that may answer the question about where in the production run that the “meteor shower” actually occurred.