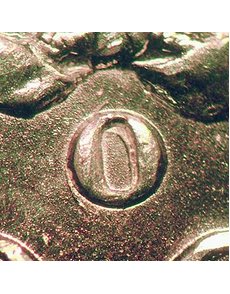 The VAM-8 variety of 1902-O/O Morgan dollar is noteworthy for its strongly repunched Mint mark. 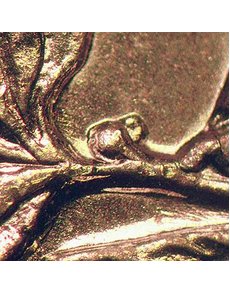 The reverse was sunk with hubs of two slightly differing designs. This is evident on the olive fruit. 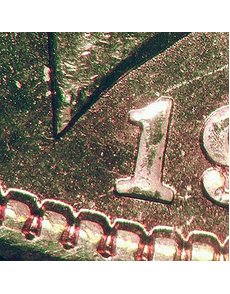 The date is considered “near” with the left base of the 1 being two dentils from the point of the neck. 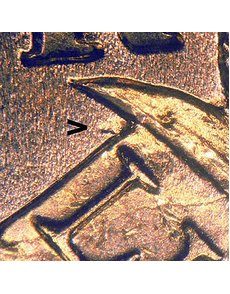 Another helpful marker to confirm the attribution is the gouge at the top of the front edge of Liberty’s coronet, noted by arrow.

The 1902-O Morgan Dollar Series Attribution Guide by Alan Scott is an in-depth study of all the known marriages and major stages of the date. His book represents part of a concerted effort to catalog the entire series in far greater detail than any single author could ever hope to accomplish.

One of the more interesting varieties illustrated is the VAM-8 1902-O/O Morgan dollar. It features a dramatic repunched Mint mark that was first noted by Del Ford in 1966.

This RPM was included in the first edition of the reference by Leroy Van Allen and A. George Mallis, then titled Guide to Morgan and Peace Dollars. In the decades since its discovery, other Morgan dollar RPM varieties have been become eagerly sought by collectors as part of some of the more popular listed sets. This coin has largely gone unnoticed by most collectors. That is curious, as this may be the strongest example of misalignment between punches for this style of Mint mark.

In this era, Mint marks were punched into the individual working dies by hand and required several blows to sink to full depth.

Naturally, the larger the Mint mark, the more blows it needed. By extension, the larger ones were more prone to misalignment between blows.

Other features to note:

The reverse is an example of Class III or design hub doubling, having received blows first from the older hub that was in service from late 1878 through 1900, then from the new hub created in 1900. While the trained eye can easily pick up the main feature of the dual hubbing, it is remarkable how little other doubling is visible.

The obverse is also a minor doubled die, but again it is very slight.

The date is set “near,” by the definition presented in the Van Allen-Mallis reference. A diagnostic gouge appears just to the upper left of the L of LIBERTY along the front edge of Liberty’s coronet.

With some patience, examples can be located unattributed, but those that already have the variety noted are usually available at only modest premiums.