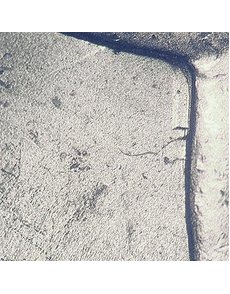 Multiple clashes left impressions of at least two partial outlines of the letter G of GOD. 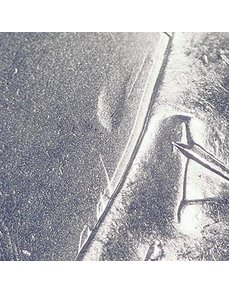 Repeated clashing may cause a localized depression in the die face. One of the best examples is the odd lump in front of Liberty’s eye found on the VAM-26A 1902-O Morgan dollar. Note the partial outline of her profile. 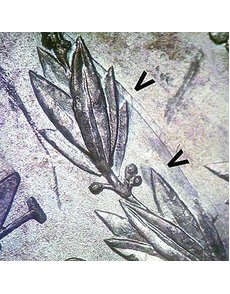 The left wreath displays a pair of atypical features on its inner leaf tips — a counterclash and an “ovaloid.” 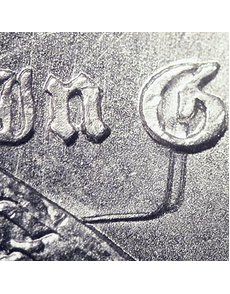 Several outlines from Liberty’s neck pass through the G of GOD.

When dies strike each other without an intervening planchet, a portion of the design will be coined into the opposing face. With multiple clashing strikes, unusual added features can result. While this sort of oddity may be difficult to understand at first glance, its strangeness is its appeal.

In September 2003, Brian Raines discovered a 1902-O Morgan dollar with some truly puzzling features. It was listed as VAM-26A by Leroy Van Allen in New VAM Varieties of Morgan & Peace Dollars.

It is also an integral part of the set presented by Mark Kimpton in his work, Elite Clashed Morgan Dollars. The die marriage appears to have clashed at least four times in a single failure-to-feed event. There was slight die rotation from the onset, causing the G from GOD to be partially impressed in front of Liberty’s neck.

When dies are aligned normally, a partial outline of the letter N from IN would be transferred. Clashing has a tendency to loosen and move the dies as well. This effect can be seen in the slight offset in the clash marks that pass from the wing edge through the G of GOD.

On the VAM-26A variety, several areas display this unusual feature of shallow localized doubling. On the obverse, a long section follows the profile in front of Liberty’s eye. Additionally, a short section of the outline of the neck transferred back above the partial G clash.

The reverse features an “extra”leaf tip opposite the NI of UNITED. Strong clashing damages dies, and sometimes this can cause odd depressions. These are the elongated rounded lumps in the coin’s surface that VAM collectors have come to refer to as “ovaloids.” A dramatic free standing one appears in front of Liberty’s eye and an attached partial lump on an inner leaf tip opposite the left stand of the N in UNITED.

The VAM-26A 1902-O Morgan dollar variety commands a staggering premium when encountered and appears to be a significant rarity. Only five examples are represented in the Society of Silver Dollar Collectors Registry.