About VAMs column by John Roberts 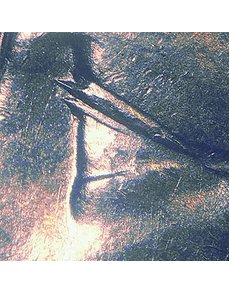 A virtually complete second eyelid is the defining feature of the VAM-34 variety of 1901-O Morgan dollar. The doubling is the result of a doubled die. 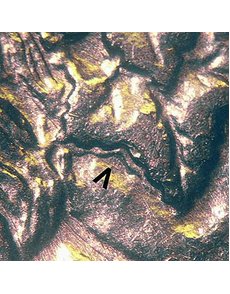 The strong doubling of the obverse die is apparent on other portions of the design, such as the lower edge of the lowest cotton leaf. 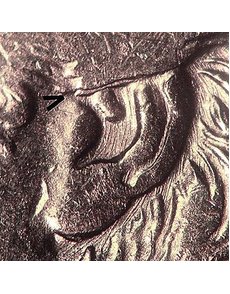 A slight shift is also visible along the edge of the hair above Liberty’s ear, again as a result of being struck from a doubled die obverse. 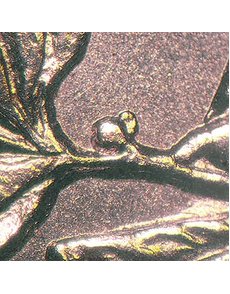 The reverse is also a doubled die with impressions from hubs with slightly differing designs, creating this “two olive” effect.

In what can be thought of as both a blessing and a curse, some of the more interesting Morgan dollar varieties have remained obscure, even among specialists.

Recently I had the chance to personally examine one of the more impressive discoveries of the previous decade.

Since it was first reported by Calvin Cherry in October 2001, the images of the VAM-34 1901-O Morgan dollar published in New VAM Varieties of Morgan Dollars by Leroy Van Allen have repeatedly caught my eye as I’ve flipped through its pages to attribute other listings.

The 1901-O Morgan dollar is a date that has largely been skipped over by most VAM enthusiasts unless they were searching for one of the several strongly clashed obverse varieties known for the year.

Even with the limited attention, it is surprising more examples of the VAM-34 variety haven’t turned up. It’s the sort of thing a cherrypicker would definitely notice even if he or she weren’t specifically looking for it.

The doubling of the obverse die is boldest at Liberty’s eyelid with a second almost complete image separated from the intended design. Other doubling is clearly visible upon closer examination of the lower cotton leaves and the hair around Liberty’s ear.

The variety is a two-sided doubled die with the reverse displaying Class III (design hub) doubling.

A new reverse hub was made in 1900 and this is one of the many dies to have the newer hub sunk into the existing stock with the older design.

Doubling shows at points where the two designs differ, such as the olive fruit.

No trading history appears to have been established and it is not included in the most widely used U.S. coin pricing guide.

Despite the volume of dollars that have crossed my desk for attribution over the last decade, I’ve only held the present example.

It’s an impressive coin to look at, but so far only a few collectors have had the opportunity. It would seem to be a victim of its own rarity.