About Vams: Timesaver, unnoted for decades 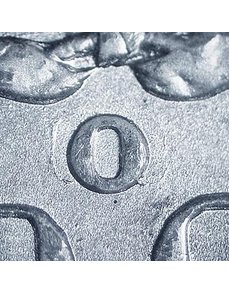 The outlines of the CC Mint mark for Carson City are clearly visible along either side of the O Mint mark for the New Orleans Mint. 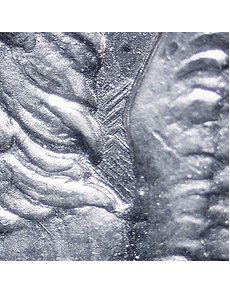 The VAM-11 reverse can be further identified by a pattern of strong die gouges in the gap between the eagle’s neck and wing. 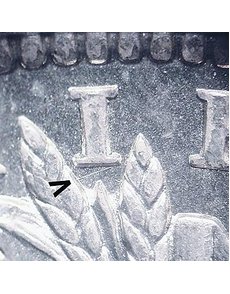 On well-preserved examples, a diagonal scratch may be noted pointing up from the left wheat kernel to the I of PLURIBUS. 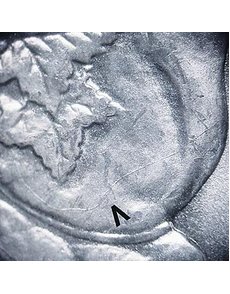 A wavy thread-like impression from the bottom of the lowest cotton leaf is a useful obverse diagnostic.

With the Carson City Mint’s July 1, 1899, transition to assay work only, an inventory of the no-longer-needed hardware uncovered at least five Morgan dollar reverse dies. Provisions of the Coinage Act of 1873 mandated the destruction of dated working dies by the close of the fiscal year, but no such requirement was in place for the other face.

The old dies were shipped back to the Philadelphia Mint and repurposed for use at the New Orleans Mint by repunching an O Mint mark over the existing CC Mint mark on each reverse die.

In the waning days of the 19th century, sinking a die to full depth was a far more labor intensive effort than it is now. The Philadelphia Mint die shop’s shortcut saved them a full week of cyclical hubbing and annealing.

In 1900, the last dies from the Carson City Mint arrived at the New Orleans facility and were put to work. No known accounts record anyone noticing the reworked Mint mark until the November 1928 issue of The Numismatist published an article by Will W. Neil titled “Mint Marks, Or What Have You?” His O/CC discovery piece was part of the B. Max Mehl auction of his holdings in 1947.

It is unknown which marriage Neil found, but the VAM-11 1900-O/CC Morgan dollar would be the most likely. The variety was first formally described and plated by Leroy Van Allen in his 1965 book Morgan and Peace Dollar Varieties. It is one of the bolder examples of the O/CC type and by far the most commonly encountered.

Accurately attributing a VAM-11 1900-O/CC Morgan dollar is a fairly straightforward affair as both dies have decent markers. Beyond the distinctive over Mint mark, the reverse can be identified by a pattern of strong gouges filling the gap between the eagle’s neck and wing. On the obverse, a long thread-like impression curls across the lower part of Liberty’s cap. Collectors may also note a diagonal scratch from the wheat to the I of PLURIBUS.

Finding an example that fits in well with your collection should be fairly simple.