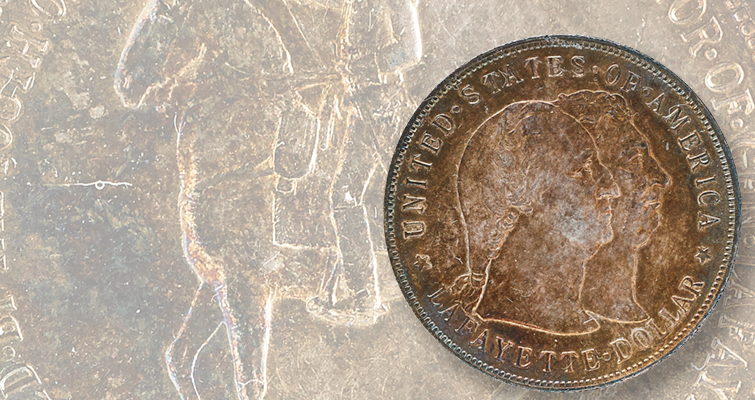 One of the highlights from the Rago Arts Aug. 24 sale is a collection of 25 1900 Lafayette dollars. 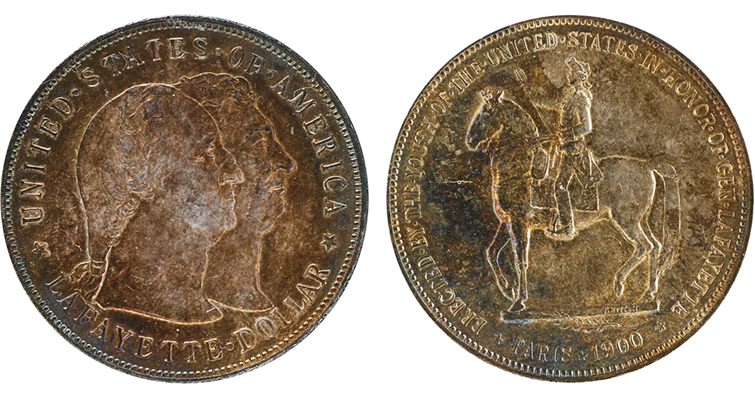 The 1900 Lafayette dollar features portraits of George Washington and Gen. Lafayette on the obverse, with Lafayette on horseback on the reverse. 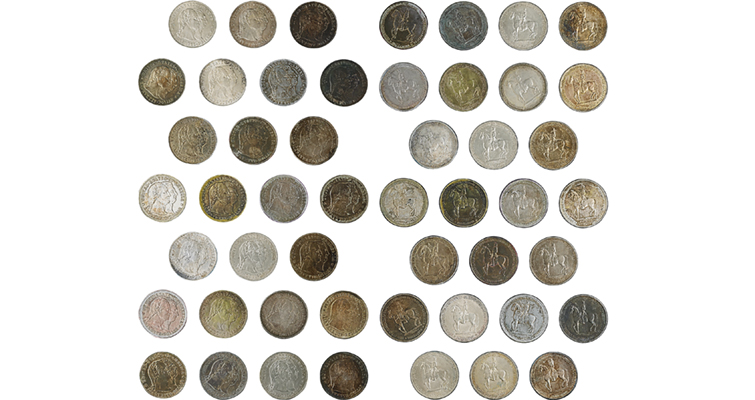 Illustrated are the obverse and reverse of the 25 coins in the collection of 1900 Lafayette dollars. 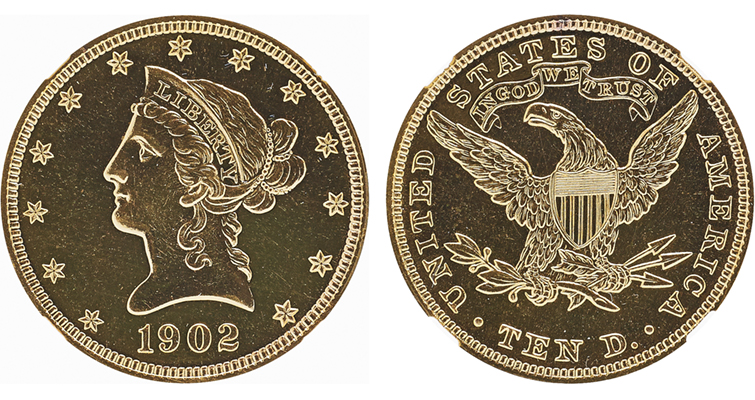 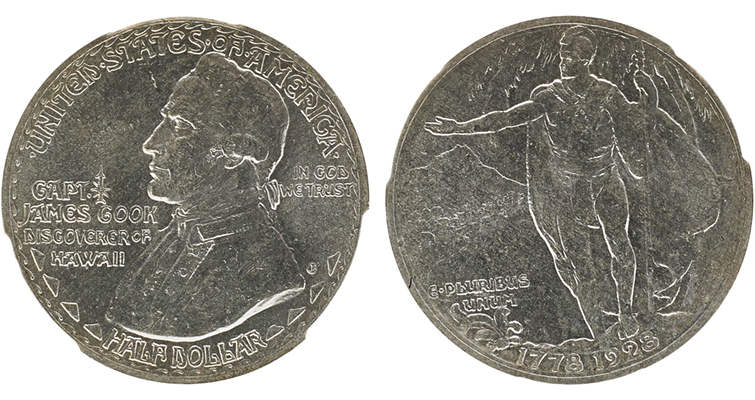 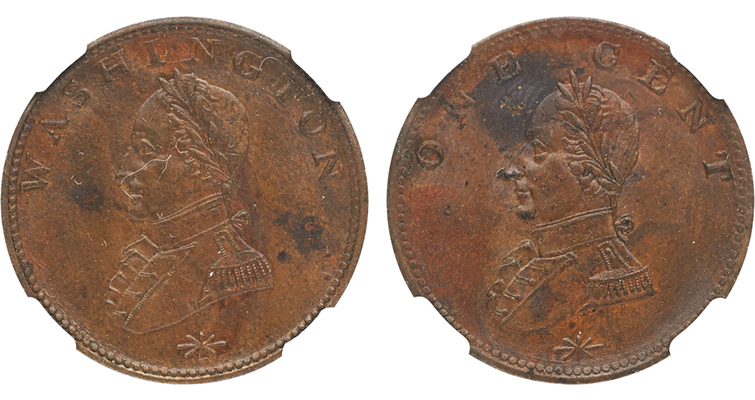 Double-headed Washington cent features portraits of George Washington on both sides, with WASHINGTON inscribed on the designated obverse and ONE CENT on the reverse. 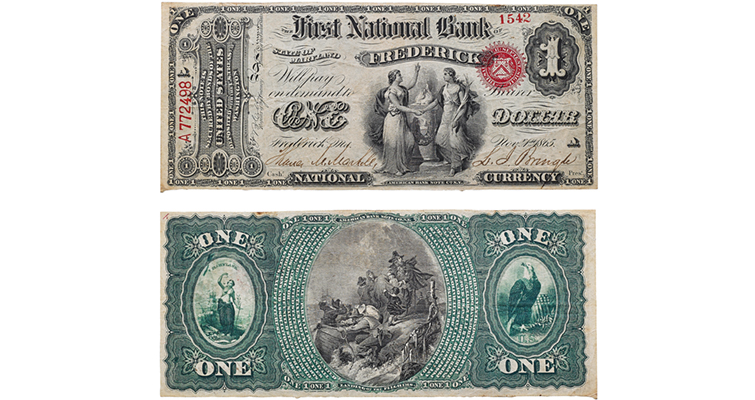 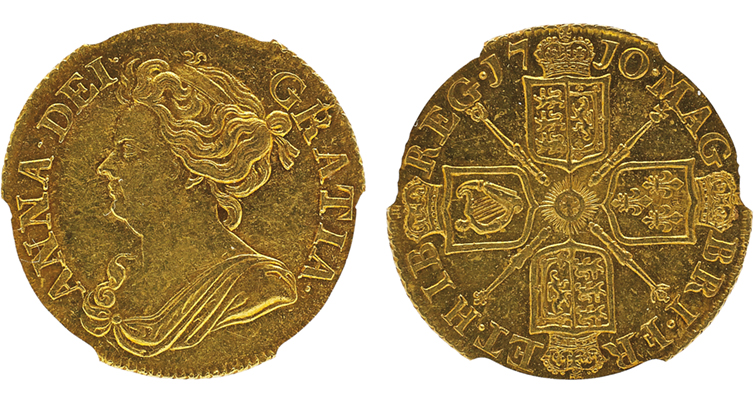 British gold guinea dated 1710 is attributed as KM-534 in the Standard Catalog of World Gold Coins by Thomas Michael and George Cuhaj. 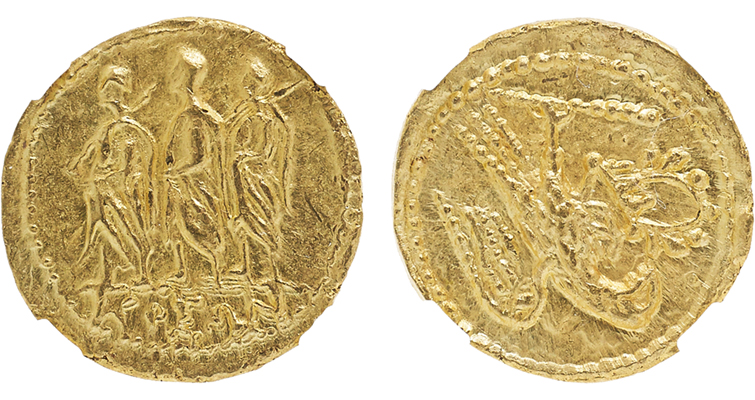 Thracian or Scythian Greek gold stater, after 54 BC, obverse depicting a procession; on the reverse, an eagle, wreath and scepter; NGC NGC MS Strike 4/5, Surface 4/5; estimate $800 to $1,200

Each lot in the sale will have a 17.5 percent buyer’s feeadded to the final hammer price.

The 25-coin collection has a combined estimate of $8,000 to $12,000. Each coin bears on its obverse the conjoined portraits, facing right, of George Washington and Gilbert du Motier, Marquis de Lafayette, known more simply as Lafayette. Inscribed around is UNITED STATES OF AMERICA and LAFAYETTE DOLLAR.

The reverse portrays Lafayette on horseback, similar to artist Paul Wayland Bartlett’s statue of Lafayette erected in Paris as a gift of the American people. The connection is made clear by the the inscription around the border: ERECTED BY THE YOUTH OF THE UNITED STATES IN HONOR OF GEN. LAFAYETTE, PARIS along with the date, 1900.

Among other lots in the Aug. 24 sale: 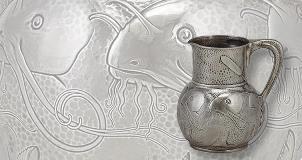 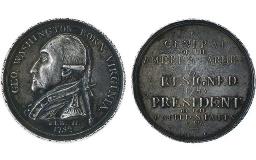 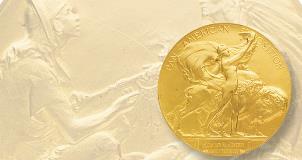