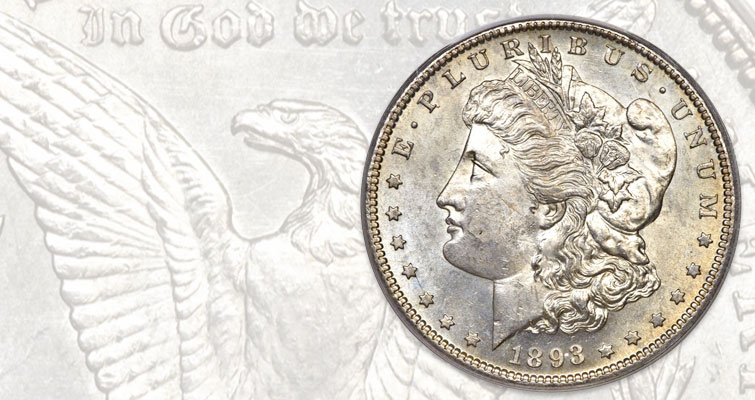 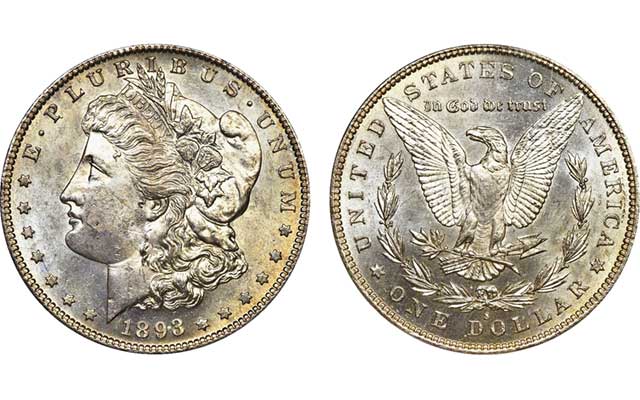 Most of the low mintage of 100,000 coins was released into circulation, and Mint State survivors are elusive. Allegedly many of the surviving Mint State population of this issues are from examples found in a bag of 1894-S Morgan dollars in Great Falls, Mont., in the 1960s. PCGS records just 10 MS-63 examples, although this number is likely inflated by resubmissions. The last two PCGS MS-63 examples at auction sold for $143,750 and $149,500 in 2009 and 2007, respectively.

The offered example was noteworthy for its bold luster and, interestingly, its price was more than the $217,350 that a different example, graded Numismatic Guaranty Corp. MS-64, realized at Heritage’s Jan. 9, 2014, FUN auction.