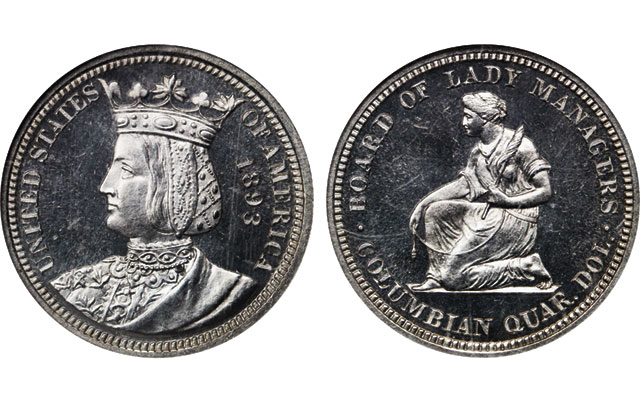 The 1893 Isabella commemorative quarter dollar is the only quarter in the classic 1892 to 1954 commemorative series. Consensus is that just over 100 Proof versions were minted and distributed, although the lack of official U.S. Mint records on the issue has left researchers in doubt on many points. Walter Breen wrote that the issue was “shrouded in mystery.”

The limited Proof production seems to have enjoyed a decent survival rate and examples turn up at auction with some frequency. This one, graded Proof 65 Cameo by Numismatic Guaranty Corp., is one of just two that have been designated as either Cameo or Deep/Ultra Cameo by NGC and it sold for $9,400. The price might be considered a bargain, as another NGC Proof 65 example without a Cameo designation brought $15,275 at a Heritage auction earlier this year. 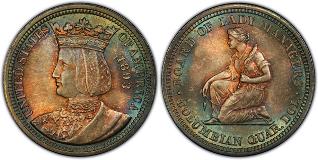 You bought it: 1893 Isabella quarter, toned Franklin half dollar 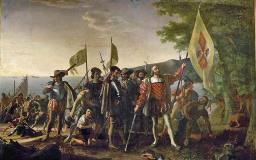 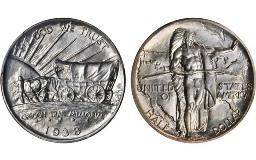