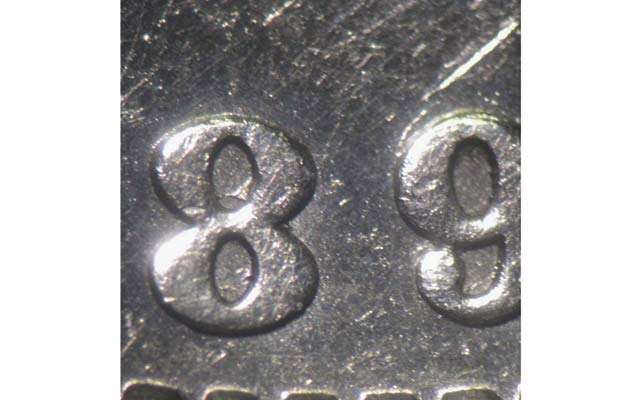 A strong shift between date punchings is visible inside the upper loop of the 8. Images courtesy of John Roberts. 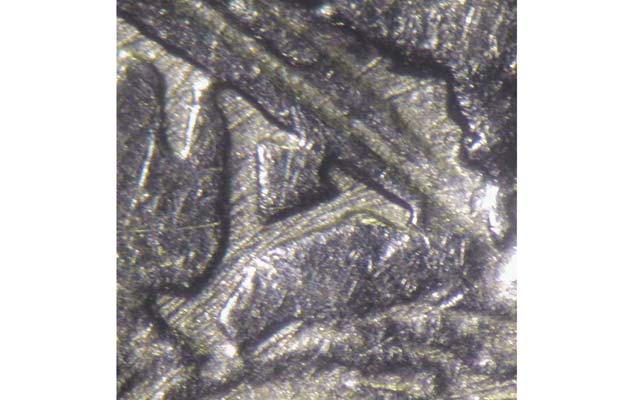 This obverse die can be further identified by its pattern of polishing lines in and above the Y of LIBERTY. 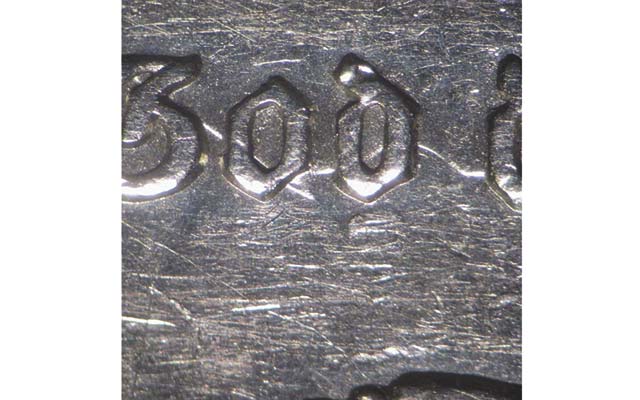 The reverse die was subjected to a significantly offset clashing strike during its use in an earlier marriage. An outline of the obverse portrait passes through the letters of IN GOD WE TRUST. 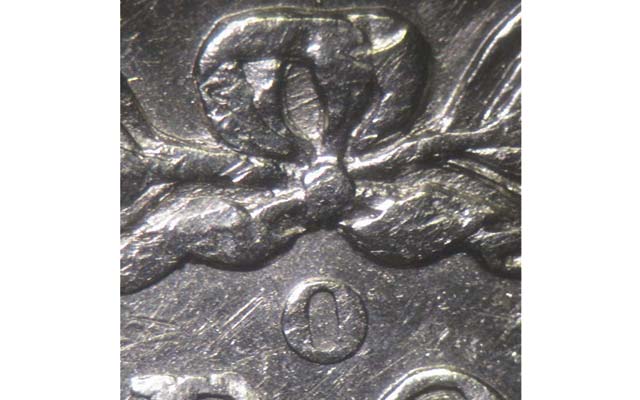 The O Mint mark is set within normal tolerance. Minor die doubling appears inside the bow.

The 1891-O Morgan dollar has several major varieties that specialists routinely search for. The VAM-20 dollar was first reported in 2009 and formally described and published in New VAM Varieties of Morgan Dollars by Leroy Van Allen.

The variety’s obverse is instantly recognizable by its repunched date with an unusually strong shift. While all four digits show signs of secondary images, the remnants inside the upper loop of the 8 are by far the most dramatic.

The traces of the errant date punch are higher and slightly further left than the primary date. It took several blows to sink the date to its desired depth. In this period, the die shop had both four-digit gang punches and single digits for touch up work.

Since all four secondary images are in a similar alignment, it’s safe to assume this was from the full date punch.

The reverse die was used earlier in the VAM-14/14A marriage. This particular reverse is listed as a minor doubled die, most evident inside the top of the wreath bow.

During production, a significant offset clashing episode occurred. The outline of the bottom edge of Liberty’s portrait can be seen winding its way through the letters of the motto IN GOD WE TRUST.

Additionally, the clashed reflection of Morgan’s initial can be found directly below the D of GOD. If the dies were normally aligned when they clashed, these images would be at least 2 millimeters higher and clearly above the motto. The VAM-20 coin highlights the later use of this reverse, as the odd clashing is on that side only.

The VAM-20 1891-O dollar has yet to capture widespread attention and only a few examples have been found since its 2009 discovery. A firm trading history has yet to be established.

I’d estimate its retail value to be roughly equivalent to its counterpart, the VAM-14A dollar.