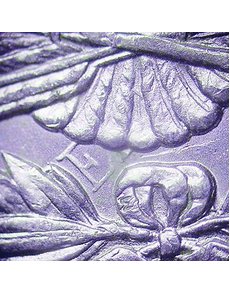 A bold “E” is plainly visible under the eagle’s tail feathers on the VAM-1A 1891-O Morgan dollar. 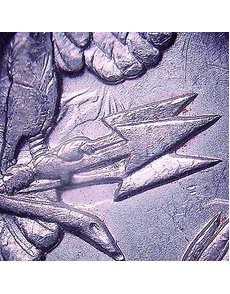 Other details from the opposing face were also coined into the reverse when the dies clashed. Strong outlines of a cotton boll surround the backs of the arrow heads. 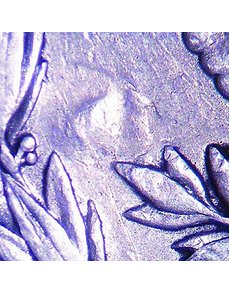 The impact of clashing placed abnormal stress on the dies. As more coins were struck, a portion began to fail, creating a raised lump above the olive leaves. 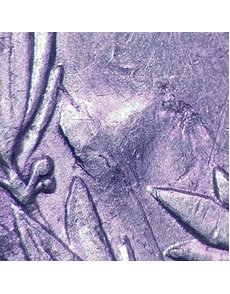 The VAM-1A 1891-O Morgan dollar with its bold “E” under the eagle’s tail feathers is a variety even the casual collector of the series is familiar with.

Despite the variety being known for decades, full appreciation of its other features, particularly in its later stages, is only a recent development.

In 1963, Francis X. Klaes published his landmark booklet, Die Varieties of Morgan Silver Dollars. The example pictured in that work is considered its first formal listing.

Leroy Van Allen and A. George Mallis noted it in their solo works on dollar varieties, and included it in their 1971 Guide to Morgan and Peace Dollars. The VAM-1A coin is also in The Top 100 Morgan Dollar Varieties: The VAM Keys by Michael Fey and Jeff Oxman.

The focus of all this attention is the result of a feed malfunction at a press in New Orleans in 1891. With no intervening planchet, the dies struck each other, or clashed, each coining a portion of its design into the steel of its mate. Subsequent production carried the clash marks from this incident, including the E from LIBERTY raised under the eagle’s tail feathers.

Advanced collectors have even greater interest in the later stages of this marriage. The progression was first noted in 2000 and formally listed as the stages VAM-1A2 and VAM-1A3 in 2006 and 2007, respectively. Earlier examples with the strong clashing, but lacking the features that define the later stages, are currently cataloged as VAM-1A1. They are fairly common in circulated grades, and with some patience can be found in a near Basal State.

After a relatively long production run, the reverse die began to fail. The failure is evident as a raised mound above the olive leaves and inside the left wreath bough. This “dome” is the defining characteristic of the VAM-1A2 stage. After more coins were manufactured, this point of weakness ruptured into a well defined internal die break, now known as VAM-1A3.

Both of these later variants would command a premium over the listed retail prices for VAM-1A that appear in Coin World’s values.