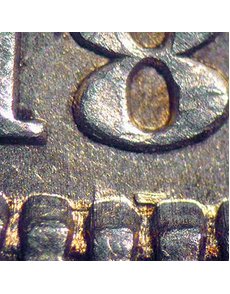 The bases of two errant digit 1s protrude from the tips of the dentils under the first 8 on the VAM-24 dollar. 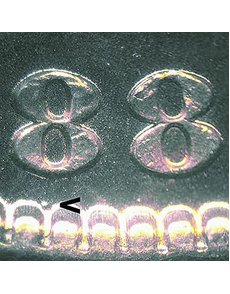 In its later die state, the VAM-24 1882 Morgan dollar retains only a faint trace of the misplaced digits. 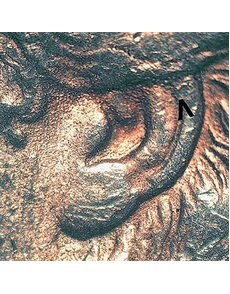 All noted stages have a small patch of pitting on the upper portion of Liberty’s ear. This feature is most helpful in confirming the attribution of late die state examples. 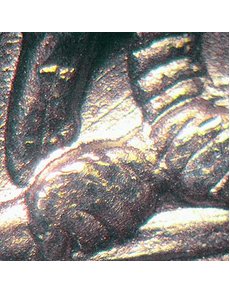 The reverse is fairly nondescript, but the specific die may be identified by a moderately strong diagonal scratch above the inner talon.

Misplaced date or MPD varieties have grown in popularity since the initial reports in the early 1990s of errant portions of dates appearing in locations so far from the expected position that the simple explanation of human error seemed implausible.

They are known for almost every denomination from the middle of the 19th century and cease with the introduction of hubbed rather than punched dates in the early 20th century.

Since this coincides with the era of the Morgan dollar, it is only natural that misplaced date varieties are known for the series.

One of the more interesting and dramatic discoveries of this type of anomaly was made by Brian Raines in 2009. He reported a Philadelphia Mint 1882 dollar with the partial bases of a pair of 1s sticking out of the dentils below the first 8. They may have been punched at an angle so only a small portion sunk into the die. At least one of the digits shows signs of an unsuccessful attempt to polish it away. Minor repunching of the date on both 8s is also noted in its description.

Early examples with the misplaced date boldly defined should command a significant premium as the variety becomes better known. Collectors should be aware this marriage was in service for a lengthy production run and later stage examples lack the definition seen on the earlier strikes. The misplaced digits are no longer visible beyond a mushy dot below the first 8. The later stage VAM-24 dollar is fairly common and should command no premium.

Other die markers, particularly a patch of pitting on Liberty’s ear, help confirm attributions of late stage examples and prove their association with their more desirable counterparts.

Perhaps archival evidence will surface someday that explains the purpose of these seemingly errant digits. For now, the speculation such coins generate and the touch of mystery they enjoy only adds to their appeal.