About Vams: Confirmation for new marriage 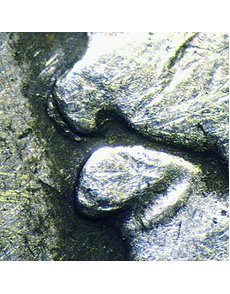 The variety has localized doubling on the upper lip from events in a previous marriage. 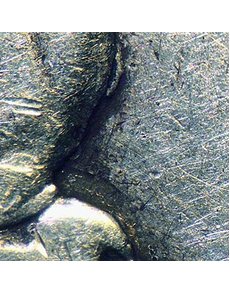 Even on well-worn examples, like the discovery piece illustrated, a small break at the rear of Liberty’s cap is evident. 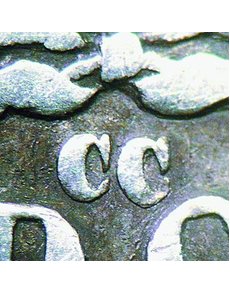 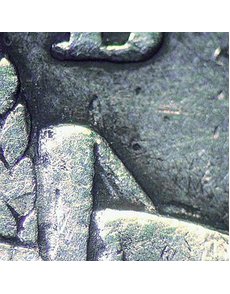 Close examination of the VAM-7 dollar will reveal a pair of gouges by the folded wheat leaf.

For the first time in 37 years, a new die marriage has been discovered for the 1882-CC Morgan dollar. The variety was uncovered as a direct result of research into the complex progressions known for this date. Prior to the find, indications suggested the existence of an unknown marriage based on the stages of the reported listings.

In an April 23 letter, Leroy Van Allen added the VAM-7 1882-CC dollar to his listings. It will be published in next year’s edition of New VAM Varieties of Morgan Dollars.

Reported by Mark Daveler, the find is a combination of two previously known dies. The obverse is a match for the VAM-2E stage, another discovery for this date by Daveler. The reverse is the now earliest known stage of the die paired with all the various major and minor stages in the VAM-3 progression. Early stages of the VAM-3 are clashed on the reverse only, which is a clear indication the event occurred in a previous marriage. This had been a long-standing unsolved mystery.

More than 50 percent of the total mintage was in the General Service Administration sales. It is among the most commonly encountered dates in the GSA’s hard plastic holder. It is odd that the issue is common in Mint State, but quite rare in circulated grades.

The VAM-7 discovery piece is well circulated, likely having traveled from pocket to pocket throughout the Old West in the final decades of the 19th century.

Like the coin itself, the obverse die had a tough life, suffering multiple clashes, a counterclash, several aggressive polishing jobs, breaks and gouges. The reverse die, on the other hand, seems to have been at the very beginning of its production run, The clash marks and die gouge of its later stages are not present.

It is entirely possible that a still unlocated clashed stage of the new VAM-7 marriage exists, but it is also easy to imagine that the event visible in the early stage of the other marriage employing this reverse was a fatal blow to this well used obverse. It is also a plausible explanation for the apparent rarity of the new discovery.