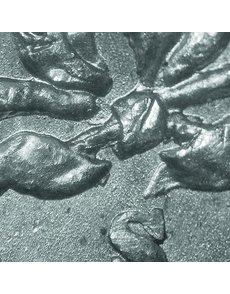 The most dramatic repair attempt to the reverse of the VAM-65 1879-S Morgan, Reverse of 1878 dollar added a portion of ribbon just above the Mint mark that was not in the original design. 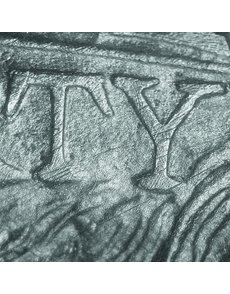 The obverse of the VAM-65 variety, shown, is shared with the VAM-34 coin and may be identified by a distinctive pattern of lines inside the letters ty of liberty. 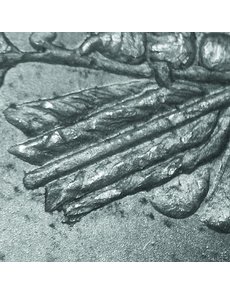 A slanted upper arrow feather is one of the defining characteristics of the Reverse of 1879 hub design type.

Collectors have been aware of the 1879-S Morgan, Reverse of 1878 dollars virtually from the time of their minting. What is not widely known, even among specialists, is the close relationship with some of the other silver dollars of the year.

The obverse die was also employed for the VAM-34 die marriage, a well-known, but relatively scarce Reverse of 1878 variety.

The reverse of the then new find is from the Reverse of 1879 hub with a round breasted eagle, slanted top arrow feather and higher relief overall. The specific reverse die is shared with the VAM-16A variety, and like several other of Raines’ discoveries for the date, it shows evidence of deliberate modifications by the San Francisco Mint.

The November 1964 issue of Whitman Numismatic Journal contains an article by Neil Shafer titled “The Morgan Silver Dollars of 1878-1921 A Study of Major Die Varieties.” This pioneering work is the original source for many of the current hub descriptions and also cites correspondence between several Mint officials regarding the development of the Morgan dollar and issues that arose from its coining. Henry Dodge, the superintendent of the San Francisco Mint in 1878, writes about a noticeable difference in height in stacks of 20 coins from the two reverse hub designs. He further states, “It is impossible to obviate the difficulty,” strongly suggesting they made an attempt to match the relief of the 1878 design.

The reverse of the VAM-65 variety is heavily overpolished, with portions of the leaves in the wreath missing. Other leaves have been crudely repaired. One of the more interesting features is an engraved portion of the ribbon below the bow knot that adds a piece that wasn’t in the original design.