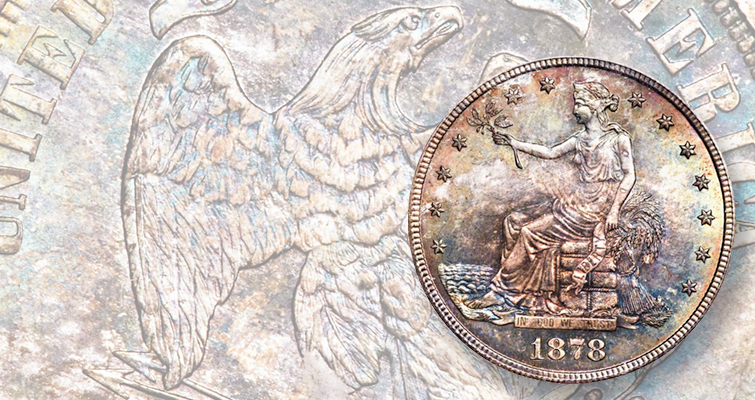 An 1878-S Trade dollar graded MS-66 with a green CAC sticker sold for $30,550, a bit more than it brought last year as part of the Gardner Collection auctions. 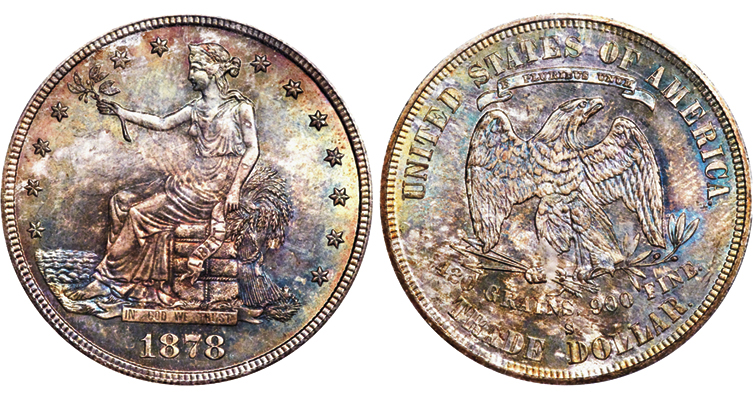 An 1878-S Trade dollar graded MS-66 with a green CAC sticker sold for $30,550, a bit more than it brought last year as part of the Gardner Collection auctions.
Previous
Next

This year marked the tenth installment of FUN’s summer show, which is smaller than its annual January show. Next year’s winter FUN show is set for Fort Lauderdale, Jan. 5 to 8, and the 2017 summer FUN is scheduled in Orlando, July 6 to 8.

Here is one of three coins from the sale we're profiling in this week's Market Analysis:

Among the highlights in the 2016 summer FUN auction was a group of Trade dollars, including this 1878-S silver dollar graded Mint State 66 by Professional Coin Grading Service with a green Certified Acceptance Corp. sticker that sold for $30,550.

Heritage described the beautifully toned Trade dollar as an ideal type coin since it is a common date within the series, even in Mint State grades, observing that this example “offers inherent and aesthetic advantages that make it a top-notch type coin.”

Last May it had previously been offered as part of the Gene Gardner Collection, where the handsome dollar — showing an even blend of sea-green, rose and gold coloration — realized $28,200. The collections of the Pennsylvania numismatist are considered among the finest groups of American silver coins ever assembled and were sold in a series of auctions held by Heritage in 2014 and 2015. Gene, who died July 16, will be remembered for his sharp eye and taste for beautiful, high-quality coins. 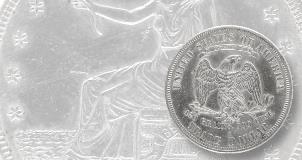 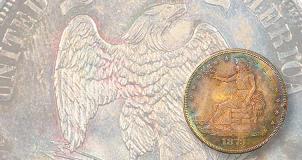 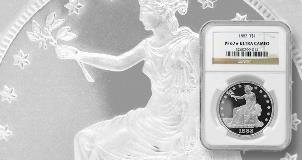