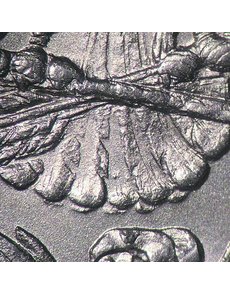 The tips of five “extra” feathers protrude from the bottom of the eagle’s tail on the VAM-38 1878 Morgan dollar . 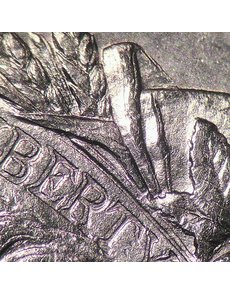 The obverse is strongly doubled with a pronounced shift visible within the letters of liberty and along the right edges of the wheat leaves. 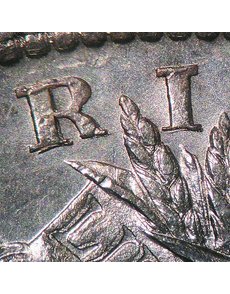 The obverse motto is also doubled. The r of pluribus in e pluribus unum has a distinctive appearance. 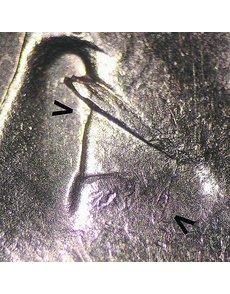 Two very short spikes are found just under Liberty’s eyelid and a uniquely memorable die scratch is located at the back corner of the eye.

One of the most commonly encountered varieties of the 1878 Morgan, 7/8 Tail Feathers dollar’s family of die marriages, VAM-38, is also one of the most visually dramatic. Depending on the wants and needs of the individual collector, it is either a welcome find or committed to memory as something to avoid.

Some of the pioneering researchers of Morgan dollar varieties were particularly interested in the 7/8 Tail Feathers group. In 1965, Anthony Morano and Leroy Van Allen wrote separate articles examining the specific dies involved for Numismatic Scrapbook Magazine.

The marriage is an example of Class III or design hub doubling on both the obverse and reverse. Literally, hubs with two different designs — some on which the eagle has 8 tail feathers and others on which the eagle has seven tail feathers — were impressed into the working dies. This was a deliberate act of “recycling” some of the 8 Tail Feathers dies, after the design was deemed less than adequate for mass production.

The doubling on the reverse is most readily noted in the five “extra” feather tips along the bottom of the eagle’s tail, but the wreath bow and olive branch also show a strong shift.

The obverse designs were similarly modified to reduce their relief, and some of the older dies were also rehubbed with the newer design. Strong doubling is evident in the letters of e pluribus unum, liberty and along the wheat leaves. Because of the strength of the doubling, the variety is occasionally mistaken for some of the more valuable 1878 Morgan dollars.

A die scratch shaped oddly like a tear drop at the back corner of Liberty’s eye is an instant identifier.

Because the VAM-38 1878 Morgan dollar is both dramatic and common, it makes an excellent and affordable choice for date collectors as a representative of the 7/8 Tail Feathers type.