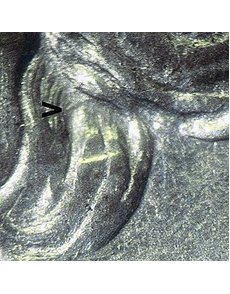 The subtle curve of the inverted bottom of the clashed transfer of the letter U is found in the lower hair on the newly reported die stage. 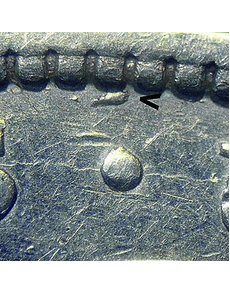 The obverse die of VAM-4 and VAM-4A can be instantly identified by a strong chip above the right dot. 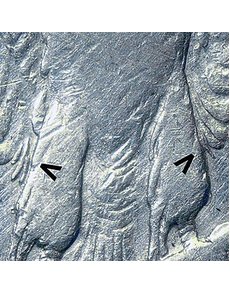 The specific 8 Tail Feathers reverse can be attributed by small engraved feathers at the base of both wings. 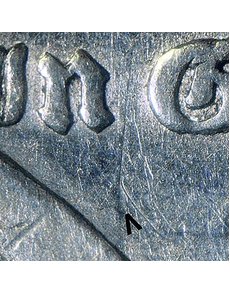 While the obverse letter transfer is difficult to see, the strong clash marks on the VAM-4A reverse aren’t.

A previously unreported stage of a popular Morgan, 8 Tail Feather dollar die marriage was recently uncovered. While the find hasn’t generated the excitement and coverage that locating a new die combination in this group would, it is of considerable significance to specialists.

In correspondence from May 2013, Leroy Van Allen formally listed the new stage as the 1878 VAM-4A. It will be published in next year’s edition of New VAM Varieties of Morgan Dollars.

It differs from other examples of the VAM-4 variety because of the presence of strong clash marks and the transfer of the partial letters US of TRUST into Liberty’s lower hair.

All stages of this obverse feature strong doubling on the digit 7 and a unique die chip above the dot that separates PLURIBUS UNUM.

The reverse die is readily identified by the pattern of engraved feathers at the bottom of both wings and a lump on the bottom of the letter F in OF.

Additionally, the VAM-4A reverse has fairly bold clash marks that are easier to see than the clash marks on the obverse.

The recent discovery is almost certainly the final use of one of the real workhorses of the 8 Tail Feather group.

This reverse was paired with a total of 10 different obverse dies. Each is only used with this reverse.

Seven of the 10 marriages are extremely rare. It is still a mystery about the reason for this die’s frequent partner swaps, but it would appear something about the reverse was destructive to many of its mates.

The strong clash marks on the VAM-4A stage haven’t been noted on any of the other marriages. Further study is needed, but this stage has provided more clarity.

More examples would shed more light on the subject, but for now the new stage is still only known from its discovery piece.