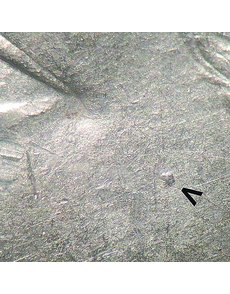 Like several other ultra rare 8 Tail Feather marriages, the VAM-14.19 variety is best identified by die markers. This small chip on Liberty’s cheek is one such marker. 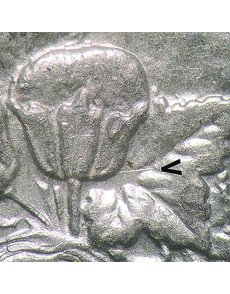 The exact obverse may be further identified by a die scratch to the right of the lower cotton boll. 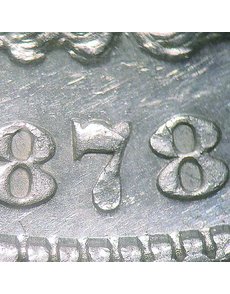 The variety was first uncovered because of a strong radial die break along the right edge of the second 8 and a strong crack through the other digits. This feature is not present on all examples, including the piece illustrated. 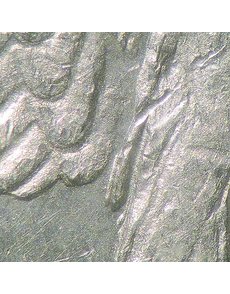 This specific 8 Tail Feathers reverse is readily identified by the long engraved feather between the eagle’s wing and body.

By far, one of the most difficult challenges undertaken by advanced Morgan dollar variety enthusiasts is an attempt to assemble a complete collection of 1878 Morgan, 8 Tail Feathers die marriages.

Some of the varieties are of such great rarity that simply having the money is far from enough to procure a desired piece. Competition for the truly rare components of the set is nothing short of ferocious.

One of the “stoppers” for completing the set is the VAM-14.19. It is described in New VAM Varieties of Morgan & Peace Dollars by Leroy Van Allen and further identified in the 1878 Morgan Dollar 8-TF Attribution Guide by Jeff Oxman and Les Hartnett.

The Society of Silver Dollar Collectors registry reports a half dozen or so examples.

The first known example was discovered in August 1998 by Del Alder. Alder’s specific piece was readily identified by a strong radial break through the right side of the second 8. However, roughly half the known examples lack this break.

The break occurred while the obverse was still in an early die state, which would intuitively account for its scant population.

The piece I was graciously loaned to photograph and study is certified as About Uncirculated 55. I’d conservatively estimate its value at $15,000 if the owner had any interest in parting with his prize.

The reverse die is shared by four other marriages, so obverse markers take on added significance when one is attempting to identify an example lacking the break at the 8.

This specific obverse die was only employed for this pairing. There is a well defined die chip on Miss Liberty’s upper cheek roughly halfway between her eye and ear.

Additionally, several other die scratches are found within protected recesses of the design, which greatly assists in an accurate verification.