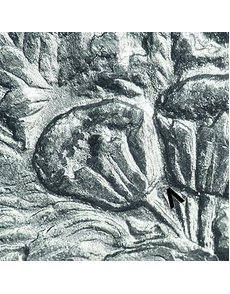 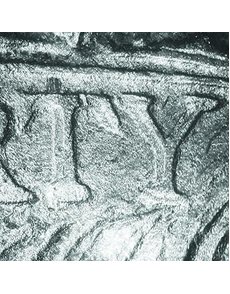 A bold short die gouge inside the top of the T of LIBERTY remains visible even on well circulated examples on the shared obverse. 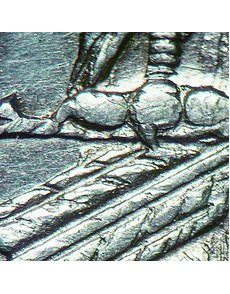 The VAM-115 marriage is distinguished by the virtually intact hub defect between the upper arrow feather and the olive branch. 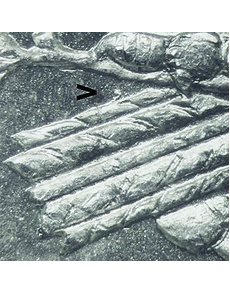 The odd lump above the arrow feathers varies from one die to another. On the VAM-198 reverse die, it is little more than a tiny nub.

The increasingly detailed study of Morgan dollar varieties has uncovered a sizable number of die marriages that are quite similar, and often related.

Being able to accurately differentiate between brethren becomes significant with pieces that are routinely pursued.

Each 1878 Morgan dollar die marriage and major stage is integral to the set.

The Comprehensive Catalog and Encyclopedia of Morgan & Peace Dollars by Leroy Van Allen and A. George Mallis includes a pair of listings for the 1878 Morgan dollar that share a tripled obverse die and slightly different reverse dies, VAM-115 and VAM-198.

Several areas are tripled, particularly the cotton bolls and leaves. A die gouge in the T of LIBERTY is a good secondary diagnostic if further confirmation of the obverse die is required.

The sticking point is telling the two reverse dies employed apart. The VAM-115 dollar is listed with a “normal” 7 tail feather reverse while the VAM-198 dollar is described as having a missing feather at the base of the right (viewer’s left) wing. Unfortunately, the same area on the VAM-115 dollar is always missing much of the same feather. A few die scratches can be used to tell the dies apart, but these scratches fail as a diagnostic tool in lower grades.

Both reverses develop crack patterns in their later stages, but these cracks are also an unreliable attribute as the majority of pieces are not from the later stages.

The Reverse of 1878 has several minor hub defects in it. One is a strong triangular lump that fills the angle between the top of the upper arrow feather and the olive branch. Since it is in the hub itself, how well it is defined varies from one working die to another.

The VAM-115 dollar has this defect virtually intact, and it remains clearly visible in low grades.

On the VAM-198 dollar, the defect is almost entirely polished away, leaving only a small blunt spike above the arrow feather. It has consistently proven to be a reliable marker.