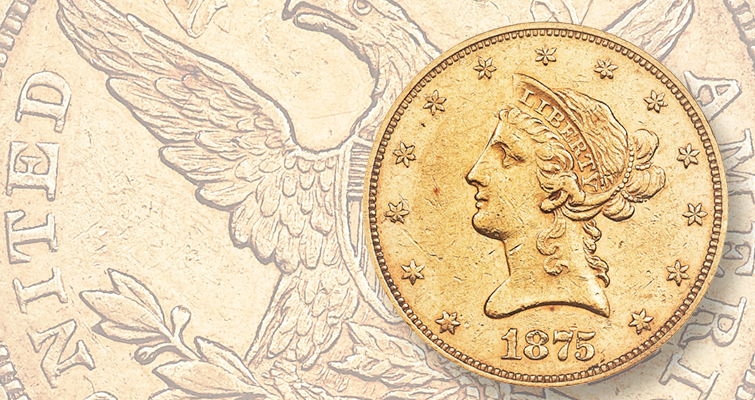 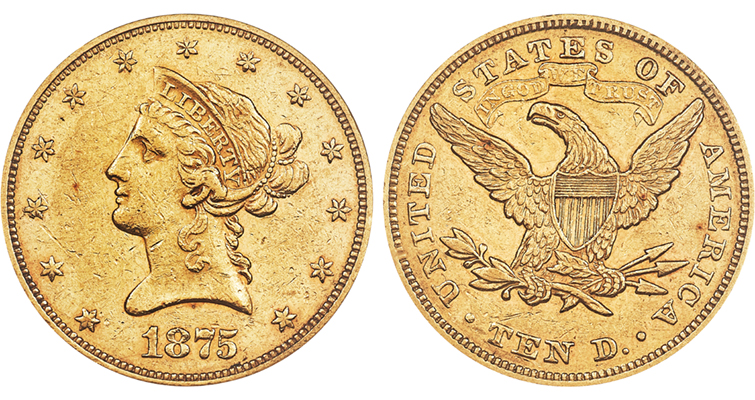 The Admiral Collection, featuring one of the finest collections of Coronet gold $10 eagles ever assembled, set records at Heritage’s Feb. 22 to 26 Long Beach Expo auction.

The top lot of Heritage’s February Long Beach auctions was an 1875 Coronet $10 eagle graded AU-50 by Numismatic Guaranty Corp. that sold for a hearty $372,000. The issue enjoys wide demand beyond dedicated Coronet eagle collectors, since its mintage of 100 is the lowest among regular issue U.S. coins. Of these, perhaps a dozen survive, and the offered example is one of just three examples graded AU-50. It was last offered at public auction at New England Rare Coin Galleries’ July 1979 American Numismatic Association auction in Saint Louis.

The top example is graded NGC AU-55, followed by a PCGS AU-53+ coin that brought $345,000 at Stack’s Bowers Galleries’ August 2011 ANA auction. Another example, graded PCGS AU-50, brought $211,500 at a February 2014 Heritage auction. As Heritage noted, “Often, the caliber of a fine 10 dollar gold set is measured by the quality of a few key dates — if they are outstanding, it is almost certain the balance of the coins will be remarkable as well.” The Admiral Collection did not disappoint. 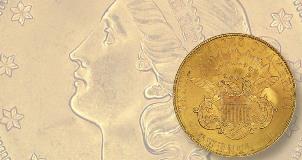 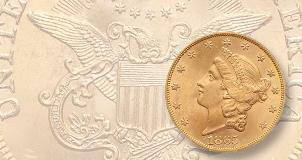 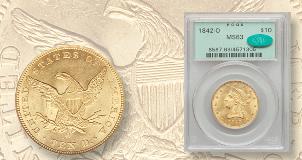