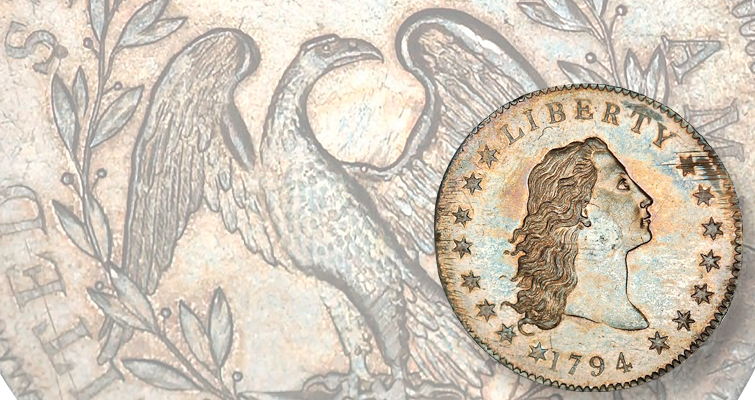 Purportedly the first 1794 Flowing Hair silver dollar, valued at more than $10 million, is currently on a European tour along with a copy of the Declaration of Independence. 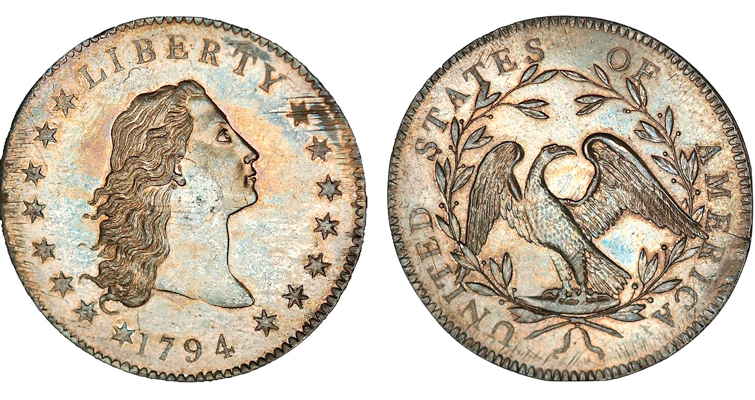 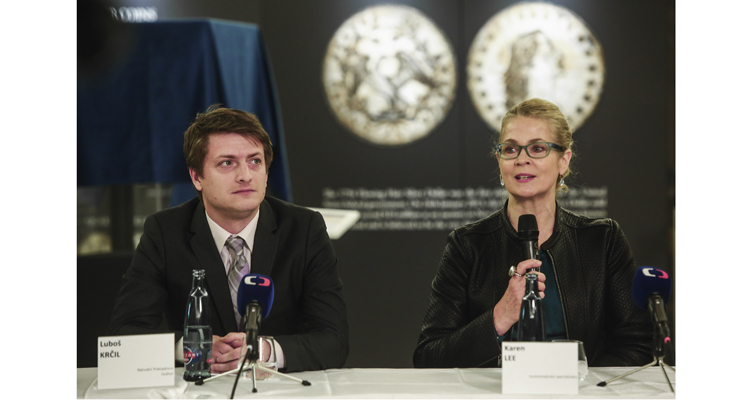 Helping to oversee the exhibit of the 1794 Flowing Hair silver dollar and copy of the Declaration of Independence during its Czech Republic visit are Luboš Krcil, director of Narodni Pokladnice, the Samlerhuset branch in the Czech Republic, and Karen Lee, from the Smithsonian Institution. 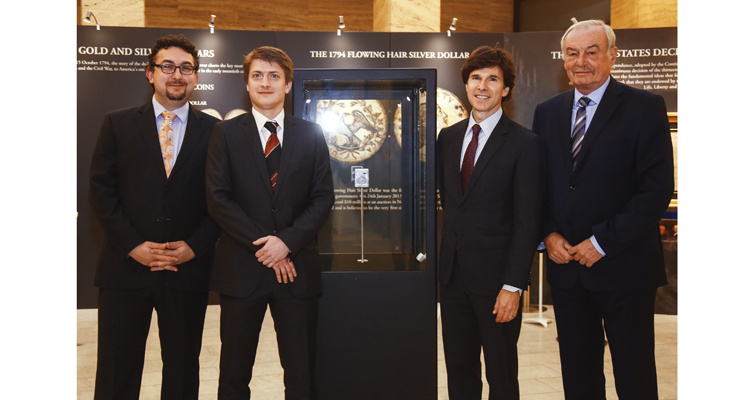 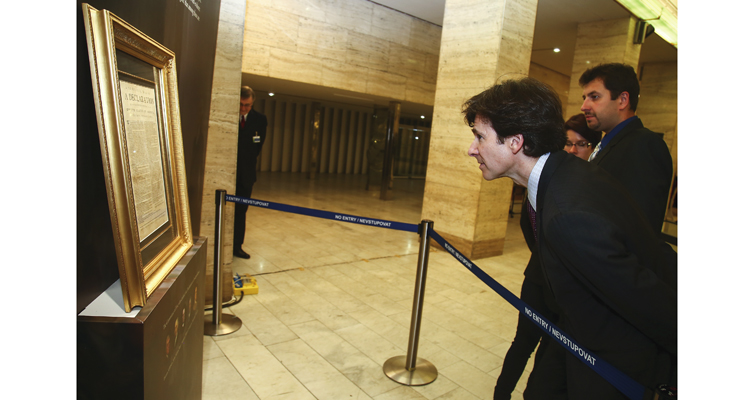 Looking intently at an original copy of the Declaration of Independence during the display Feb. 9 to 12 at the National Museum in Prague, Czech Republic, is U.S. Ambassador Andrew Schapiro. 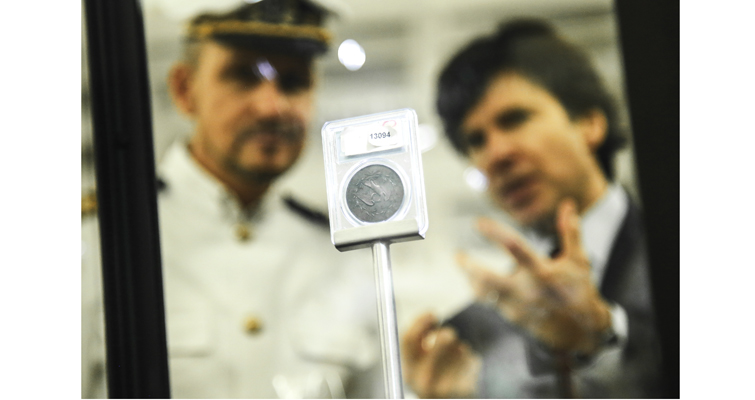 The European tour of a 1794 Flowing Hair silver dollar valued at more than $10 million and accompanied by an original copy of the Declaration of Independence is off to a rousing start, drawing nearly 4,000 visitors to the display between Feb. 9 and 12 at the National Museum in Prague, Czech Republic.

The exhibition, with the coin displayed alongside an original copy of the Declaration of Independence, is being staged by Samlerhuset Group B.V. The same entity spearheaded the 2012 multination European tour of one of two 1933 Saint-Gaudens gold $20 double eagles from the National Numismatic Collection at the Smithsonian Institution's Museum of American History.

The dollar coin is owned by Legend Numismatics.

The remaining dates and locations for the exhibit are: 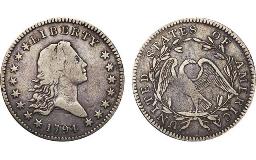 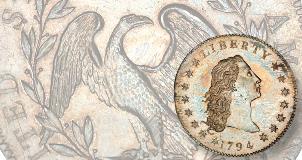