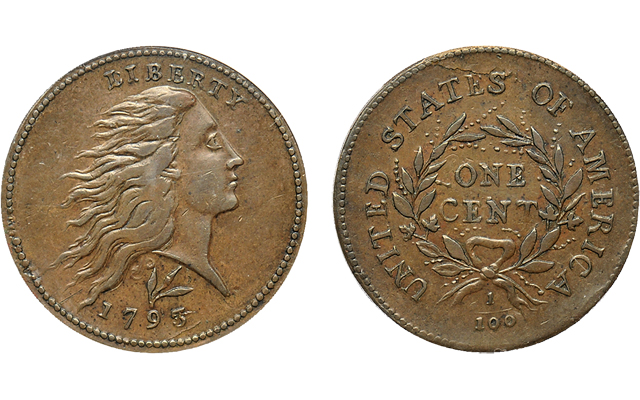 The 1,091-lot auction is being held in conjunction with the July 16 to 19 Missouri Numismatic Society’s annual coin show at the St. Charles Convention Center.

A 15 percent buyer’s fee will be added to the final closing hammer price of each lot won.

An S-189 variety of 1799 Draped Bust cent, originally certified ANACS Very Fine Details, Corroded, Net Fine 12, is also offered. The coin was removed from its ANACS encapsulation and secured in an after-market holder. The ANACS certification label accompanies the lot.

Among the paper money highlights is an 1818 Missouri Territorial, hand-signed by Auguste Chouteau who is famed as the founder of St. Louis. The note is listed as “perhaps ‘Fine’.”.