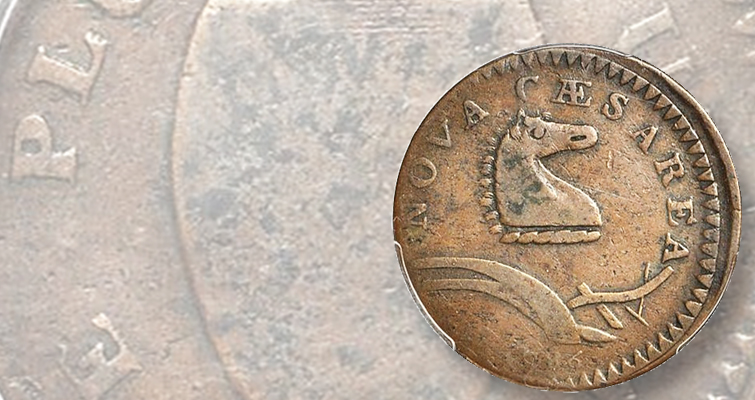 The star of the state coppers in this year’s C4 auction was a very rare New Jersey copper, Maris 24-Q. Dated 1786, the Maris 24-Q variety has been known since before 1881. 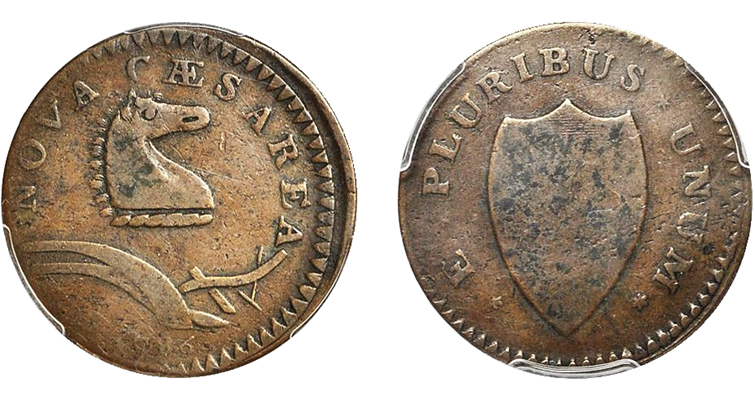 Since the mid-1990s, the Colo­nial Coin Collectors Club con­vention has been a can’t miss event for enthusiasts of America’s pre-federal coinage. Long held in Boston, in recent years the C4 show has been held in Baltimore in conjunction with the Whitman Coin and Collectibles Expo.

This year’s event, as usual, included educational forums and gatherings of like-minded collectors on and off the bourse. The C4 auction, conducted by Stack’s Bowers Galleries, featured a number of important rarities. The focus was on varieties of state coppers, the lynchpin of Colonial coin collecting for decades.

Beginning in the years after the Civil War, collectors of Colonial coins followed in the footsteps of large cent scholars and began to identify and describe individual die marriages of state coppers. Dr. Edward Maris published his Coins of New Jersey in 1881, and Dr. Thomas Hall’s A Descriptive List of the Coins Issued by Authority for Connecticut for the Year 1787 followed in 1892. Rev. Edmund Slafter was the pioneer, publishing The Vermont Coinage in 1870, though his effort did not have the long-term impact of the books by Maris and Hall.

The star of the state coppers in this year’s C4 auction was a very rare New Jersey copper, Maris 24-Q. Dated 1786, the Maris 24-Q has been known since before 1881. Dr. Maris knew of two examples. Today, the population has increased to only five, making it among the rarest of all New Jersey coppers. The newly discovered piece sold in the C4 auction was graded Very Fine 20 by Professional Coin Grading Service and may rank as finest known. It brought $82,250, several hundred times what a common variety would be worth in similar grade.

The Anderson-Gleckler collection of Connecticut coppers garnered a good deal of attention from specialists. Described as “a major rarity in the Connecticut series,” the 1786 Miller 2.1-D.3 in the sale showed significant granularity from burial and would not be considered beautiful by even the most ardent admirer of the series. What it lacked in beauty it made up for in rarity, with a population estimated at nine known examples. The coin realized $17,625 in feverish bidding.

Other Connecticut coppers sold in the range of $100 to $10,000, showing why this speciality has had such enduring appeal.

For more info about C4, check their website at www.colonialcoins.org.