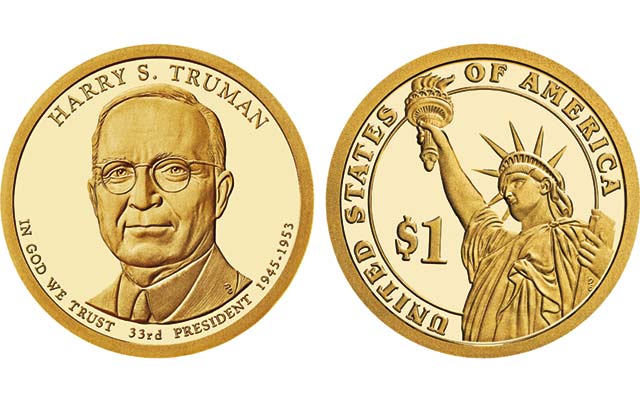 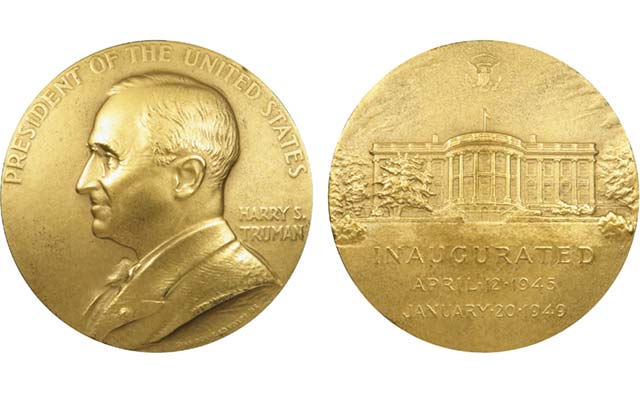 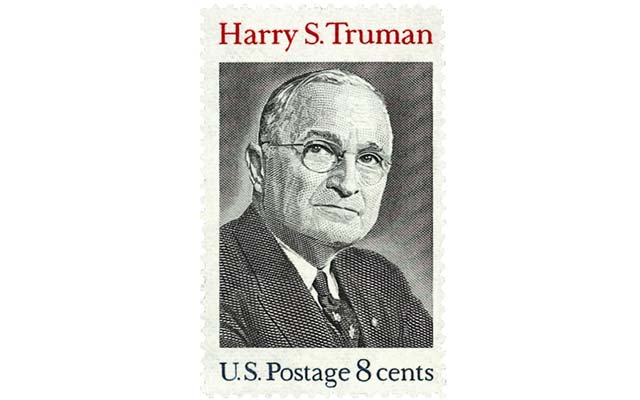 The following is from a news release issued May 7 by the U.S. Mint concerning the June 30 offering of the 2015 Coin and Chronicles Set — Harry S. Truman, originally announced as a December release:

The remaining sets will feature Dwight D. Eisenhower, John F. Kennedy and Lyndon B. Johnson.  Prices and on sale dates for the remaining sets are to be determined. Each set will contain a Reverse Proof Presidential $1, Presidential silver medal and stamp – specific to each president. Product and household order limits are the same, except for the John F. Kennedy set, which has a product limit of 25,000.

The Truman coin, silver medal and stamp are displayed in a deep red folder covered in a soft-touch material with a textured look that is intended to be worthy of use as a gift.

The obverse (heads) design of this Presidential $1 coin features a forward facing portrait of Harry S. Truman. Inscriptions are HARRY S. TRUMAN, IN GOD WE TRUST, 33rd PRESIDENT and 1945 – 1953.

The reverse (tails) design of the Presidential $1 coin depicts a striking rendition of the Statue of Liberty. This coin design features large, dramatic artwork, as well as edge–incused inscriptions of the year of minting or issuance, E PLURIBUS UNUM and the mint mark. IN GOD WE TRUST appears on the face of the coin.

The 99.9 percent silver medal is a replica of the small presidential bronze medal design.

The obverse (front) of the silver medal is a bust of President Harry S. Truman, with the inscription PRESIDENT OF THE UNITED STATES, HARRY S. TRUMAN.

The reverse (back) of the silver medal is a view of the south portico of the White House, after reconstruction, showing balcony with the Presidential Seal and the inscription INAUGURATED April 12 1945. January 20 1949.