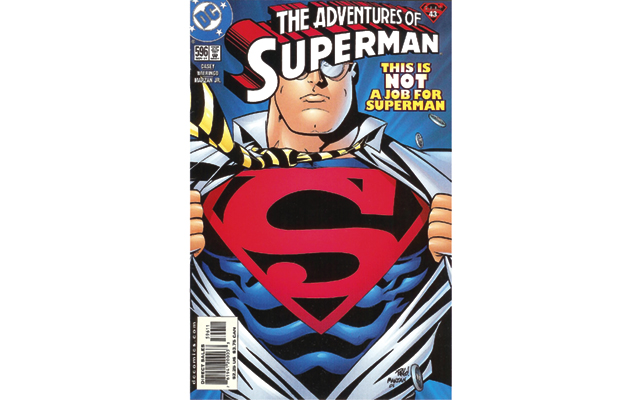 The cover of The Adventures of Superman No. 596, as seen in this image provided by Mike Kohon, is the inspiration for the design for the Proof 14-karat gold coin. The issue debuted Sept. 12, 2001, and was quickly recalled, but examples are common. 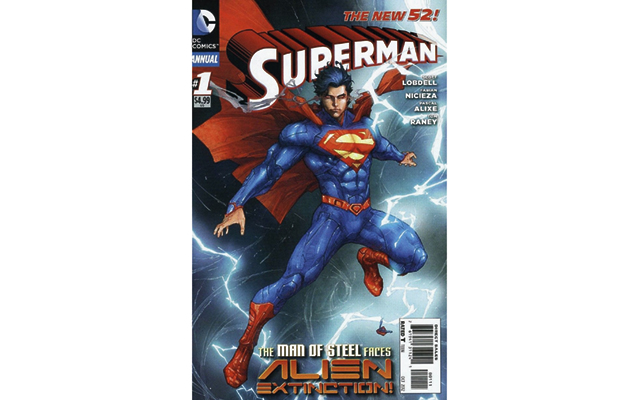 A 1-ounce .9999 fine silver coin is slated to depict the comic book hero as seen on the cover of the Superman Annual No. 1, from the “New 52” series released in 2012. This cover image was provided by the Top Comics, in Traverse City, Mich.

Image courtesy of the Top Comics. 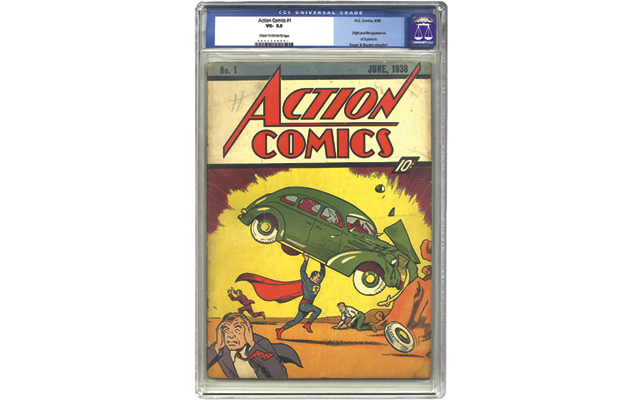 Superman as seen on the cover of Action Comics No. 1 will soon be on a silver Canadian collector coin, with a retail price of $69.95 Canadian. Cover image was provided by Heritage Auctions.

Superman is making his return to Canadian coins.

Four new coins are set to be unveiled publicly Aug. 29, and begin shipping to collectors on Sept. 2, Coin World has confirmed.

The Royal Canadian Mint has been selling the pieces, three silver coins and one gold coin, showing famous comic book covers from the history of Superman, to its Master Club members since Aug. 21. Masters Club members (who make a minimum purchase of $1,000 in products from the RCM in a calendar year) have early access to buy new coins.

Denominations of the new coins have not been announced.

The latter comic book issue debuted Sept. 12, 2001, a day after the 9/11 terrorist attacks, and was recalled because its storyline includes the destruction of a skyscraper.

All silver coins are limited to a mintage of 10,000 pieces, with a limit of three per person.

The gold coin has a mintage limit of 2,000 pieces and customers may order only one coin.

At press time, multiple completed pre-sales of the gold coin, with selling prices ranging from nearly $1,000 to $1,300 Canadian, were registered at online auction site eBay, but these could not be verified.

Coin World will release more details in the Sept. 15 issue and at www.coinworld.com as they are officially announced.