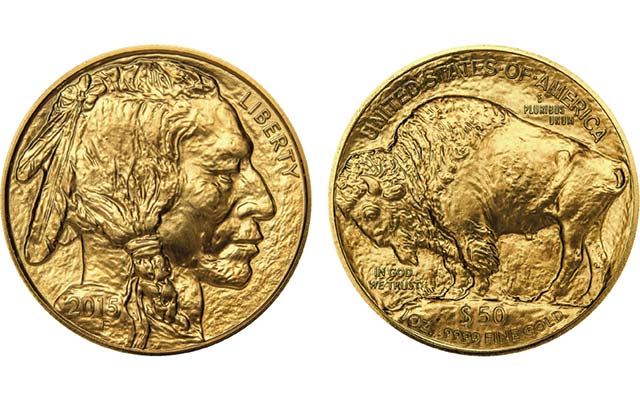 May sales by the United States Mint to its authorized purchasers of 2015 American Buffalo 1-ounce gold $50 bullion coins continue to be sluggish.

The total number of coins sold through May 26 reached 7,000 coins, 3,000 coins fewer than were sold in all of April. The highest monthly sales in 2015 so far are from January, with 34,000 coins. January is traditionally a strong sales months since it typically signals the first availability of the coins for the incoming production year.

The strongest sales per calendar year were in the inaugural year of 2006, when 323,000 total coins were sold.

Sales in July 2006, the first full month of sales for the coins (they went on sale June 20), were recorded at 117,500 coins, the highest monthly sales total to date.

Sales during 2009 totaled 200,000 coins but the coins were only offered the last three months of the year, as the West Point Mint was preoccupied with producing American Eagle 1-ounce gold and silver bullion coins to meet demand.

The U.S. Mint does not sell its bullion coins directly, but through a network of authorized purchasers who acquire the coins for the closing spot price of the metal on a given day plus a small premium. The coins are then resold to dealers, collectors and the public.