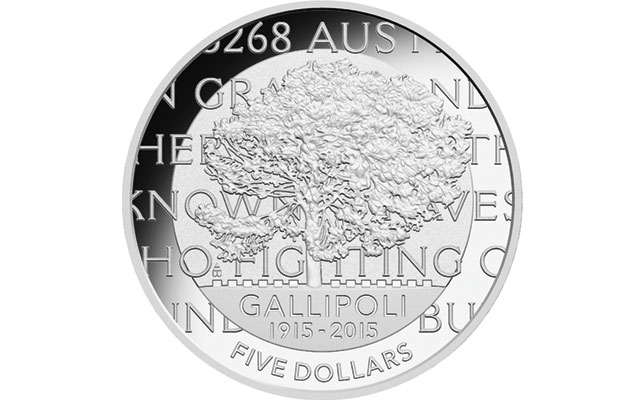 The Royal Australian Mint is issuing a Proof silver $5 coin to mark the centennial of the Battle of Gallipoli, an example of which was used for a coin toss during a cricket match. 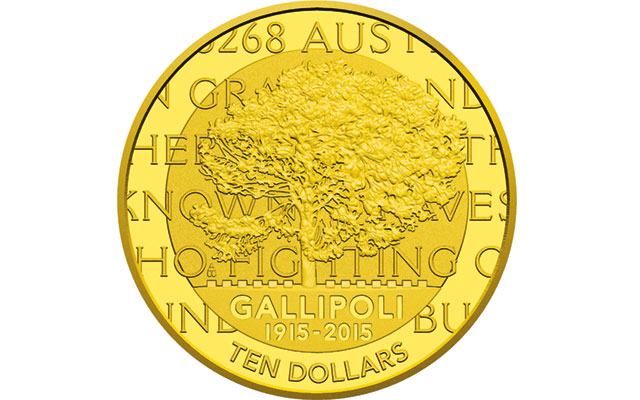 In addition to the Proof silver $5 coin, the Royal Australian Mint is issuing a Proof gold $10 coin for the Gallipoli Centennial.

The toss of a coin can be the first step for any cricket team on the path to victory or setting them on a road to a heartbreaking defeat. The Prime Minister’s XI match against the English at Manuka Oval in Canberra will be no different.

The Royal Australian Mint has officially unveiled a new coin just in time to be put to use by the Prime Minister in the official toss for the Jan. 14 clash, providing a moment of remembrance for the Anzac Centenary.

The 2015 $5 Fine Silver Proof Coin - 100th Anniversary of the Gallipoli Landing pays tribute to the original ANZACs and their service and sacrifice during the Gallipoli Campaign of 1915.

The coin features striking imagery inspired by the Lone Pine Memorial in Turkey, with the likeness of the Lone Pine Tree incorporated onto the coin in stunning detail. Words from the memorial appear in the background.

Royal Australian Mint CEO Ross MacDiarmid said the coin honours all those Australians who served and more than 8,000 who died on Gallipoli.

“The service of Australians in the First World War is remembered as stories of individual sailors, soldiers and airmen, nurses and the families they left behind. Gallipoli and Lone Pine are names that still resonate with us today, 100 years later,” said Mr. MacDiarmid.

“The Royal Australian Mint is especially proud to be able to provide a beautiful and meaningful coin to the Prime Minister as he officiates at the outset of the PM’s XI cricket match in this Anzac Centenary year."

Cricket ACT CEO Mark Vergano said Australians as well as the English have strong ties to Gallipoli and it was a fitting coin to be debuted at this match.

“We join the Mint and all Australians in 2015 thinking back to the service and sacrifice of Australians in the First World War. Cricket ACT will proudly offer the coin used in today’s coin toss to our chosen charity for this match, Stand Tall,” said Mr. Vergano.

The 2015 100th Anniversary of the Gallipoli Landing Coin is available in fine silver and gold variations from the Mint’s eShop  https://www.eshop.ramint.gov.au or by calling the Contact Centre on 1300 652 020. The coins will be available in store from January 30, 2015.