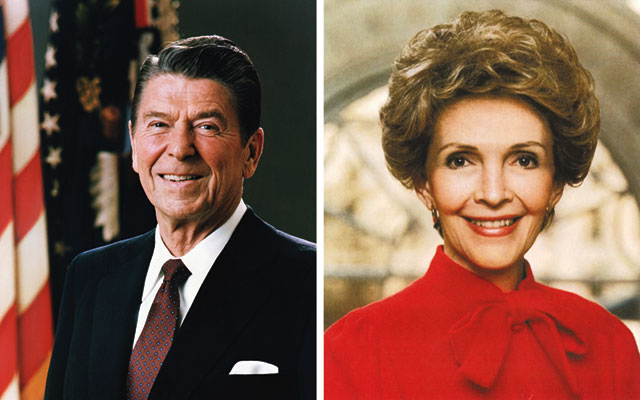 President and Mrs. Reagan will be honored in 2016 with, respectively, a Presidential $1 coin and a gold $10 First Spouse coin.

A Ronald Reagan Presidential dollar coin and Nancy Reagan First Spouse gold $10 coin will be struck and issued by the U.S. Mint for 2016.

This outcome supersedes the less than popular previous Mint statements that the programs would end in 2016 with the production of the Gerald Ford Presidential dollar and Elizabeth "Betty" Ford First Spouse gold coin.

Rep. William P. Huizenga, R-Mich., chairman of the House Financial Services Subcommittee on Monetary Policy and Trade, sent a letter Feb. 11 to Richard A. Peterson, deputy director of the U.S. Mint for Manufacturing and Quality, arguing that the statute does provide for the issuance of the Ronald Reagan dollar and Nancy Reagan First Spouse gold coin.

In his Feb. 12 written response to Huizenga, Peterson states the U.S. Mint's interpretation of the statute agrees with that of Huizenga. Peterson writes that the U.S. Mint has already begun preliminary design work on the two Reagan coins.

Coin World was able to obtain copies of Huizenga's letter to Peterson and Peterson's subsequent response.

The text of Huizenga's letter to Peterson reads:

"I am writing in reference to some confusion that has developed regarding the Presidential One Dollar Coin Act of 2005, PL 109-145. While the Mint no longer is producing large amounts of the coins for circulating purposes, it continues to mint and issue to collectors both the coins themselves and the gold 'First Spouse' coins.

"As you are aware, some have raised the concern that the program's termination clause would prohibit the issue of a coin bearing the image of President Ronald Reagan. My clear reading of the statute, and I am certain you will agree, indicates that a Reagan coin and an accompanying Nancy Reagan 'First Spouse' coin would indeed be issued at the appropriate point in the schedule. Please contact me at your earliest convenience to confirm this view."

Peterson responded Feb. 12 with the following:

"Your reading of the statute, Public Law 109-145, comports with the United States Mint's interpretation, and we have begun preliminary design work for both the Ronald Reagan Presidential $1 Coin and for the First Spouse Gold Coin honoring Nancy Reagan. Both are expected to be issued in 2016.

"I hope this response is helpful."

SOCIAL: Tell us what you think about the decision to release a Reagan Presidential dollar coin

A longstanding debate within political circles and the numismatic community questioned whether Ronald Reagan would qualify under the act's provisions to have his portrait appear on a manganese-brass clad dollar coin and whether Mrs. Reagan's visage and achievements could be recognized in a First Spouse gold $10 coin design and companion brass medal.

Over the past year, Coin World has queried the U.S. Mint for a legal interpretation of the act no fewer than four times, but never received a detailed explanation that suited interested collectors. The resultant Mint responses previously have simply been that the Presidential $1 Coin Program and First Spouse gold coin program would end in 2016 with the production of the Gerald Ford Presidential dollar and Elizabeth Ford First Spouse gold coin.

A groundswell of public sentiment arose, pushing for a Reagan dollar. Coin World has received an increasing number of phone calls and emails over the past several months from collectors passionate about seeing a Presidential dollar issued for Ronald Reagan.

Argument on both sides of the issue centered on the provision in the enabling act, Sec. 102, 2(E): " LIMITATION IN SERIES TO DECEASED PRESIDENTS.— No coin issued under this subsection may bear the image of a living former or current President, or of any deceased former President during the 2-year period following the date of the death of that President."

Since President Jimmy Carter is still living, many believed as of December 2014 that the program would end with the Ford dollar and not skip over Carter to honor Reagan.

Subsections 8 and 9 of the act provide the following: "(8) TERMINATION OF PROGRAM.—The issuance of coins under this subsection shall terminate when each President has been so honored, subject to paragraph (2)(E), and may not be resumed except by an Act of Congress. (9) REVERSION TO PRECEDING DESIGN.—Upon the termination of the issuance of coins under this subsection, the design of all $1 coins shall revert to the so-called ‘Sacagawea-design’ $1 coins."