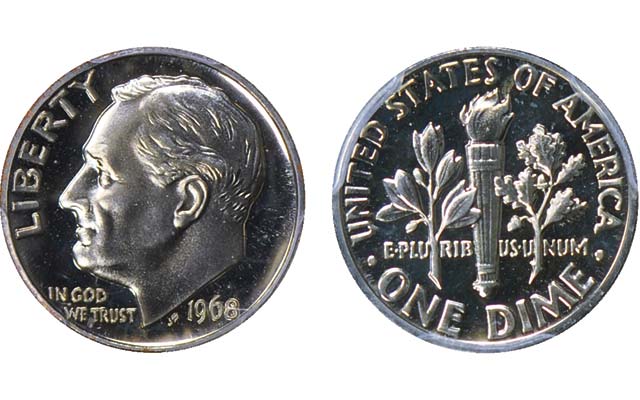 Ninety-one bids were placed by 13 different bidders, according to the GreatCollections auction results.

Other No S coins that were part of the Cigarra Collection and their prices realized are:

The cause of the missing Mint mark errors is the same — the dies used for striking each coin did not have the appropriate S Mint mark from the San Francisco Assay Office added. At the time of the cent's striking in 1990, the San Francisco facility had been elevated to full Mint status.

For each of the missing Mint mark coins, the dies for the San Francisco facility would have been prepared in the die shop at the Philadelphia Mint. Preparation was to include applying the S Mint mark before shipping the dies. In each case, either a Mint mark was omitted in error during the course of preparation, or a die intended for use in circulation production at the Philadelphia Mint was shipped in error to the San Francisco facility, where it was given Proof surfaces and put to use.