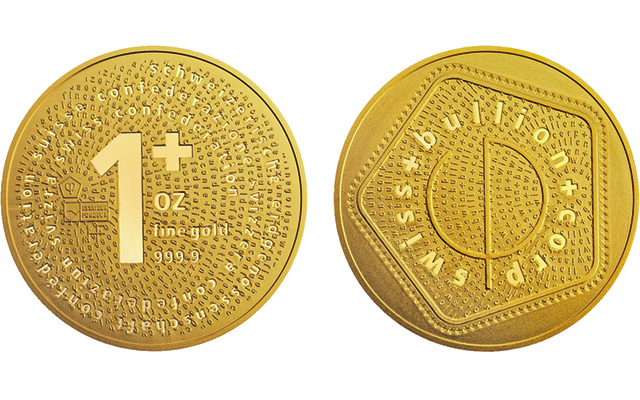 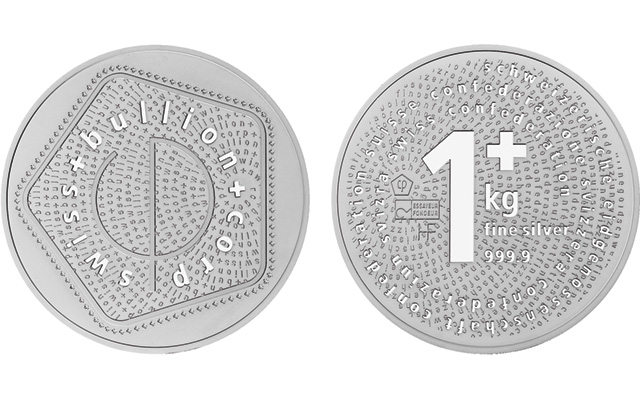 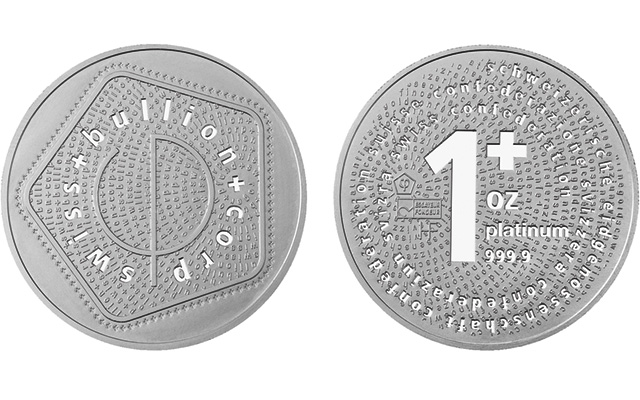 Platinum is the next frontier for Swiss Bullion Corp., which is offering 1-ounce .9999 fine versions of its bullion round in 2015. 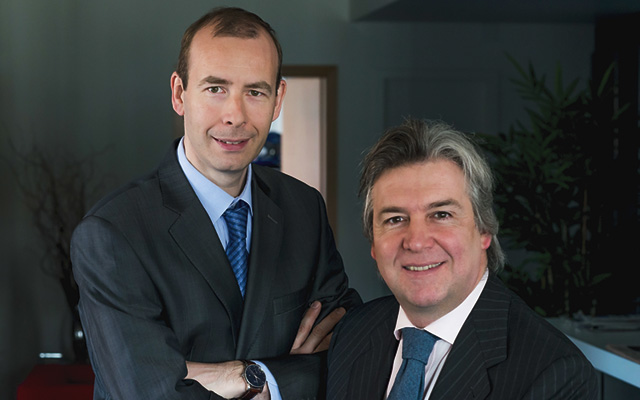 The founders of Swiss Bullion Corp. are Paul Noel, left, and Giancarlo Camerana, right, who were joined in business thanks to a mutual contact at Swiss bank UBS.

A chance introduction at the precious metal trading desks at Swiss financial conglomerate UBS has led to a new brand of Swiss bullion rounds.

Swiss Bullion Corp., the collaborative effort of two private investment and wealth management professionals, has in about a year extended its brand to include five options across three precious metals.

In about 2010, Giancarlo Camerana, CEO of Aris Capital, and Paul Noel, a private investment manager, were introduced by a mutual contact at UBS who recognized that both shared an interest in coins and bullion.

“We sat down and found we both had historical interest in precious metals as investments and in diversification and we came to a few conclusions,” Camerana said.

Camerana said he and Noel brought experience in Asia as they sought an untapped market for the firm’s 1-kilogram .9999 fine bars from Switzerland. The two pointed to China, which imported approximately 800 tons of gold in 2013, according to news accounts.

The government of Switzerland stopped producing investment coins in 1949, and, as far as precious metals are concerned, only produces a small number of legal tender, commemorative coins every year.

“Our neighbor Austria, which has a name brand that is not as well known [for bullion], sold more than 1 million gold ounces and 17 million silver ounces last year,” Camerana said.

He and Noel decided to offer their own bullion product.

While several Swiss companies are known for their bullion — Produits Artistiques Métaux Précieux (PAMP), Credit Suisse and others sell bullion — the newly formed Swiss Bullion Corp., Camerana said, stands out because its issues are struck in Proof condition as the firm seeks to define itself as a luxury brand.

To distinguish itself, Swiss Bullion Corp. delivers the 1-ounce size rounds in tubes of 20 pieces, with a piece of soft plastic film between each round to cushion them so they don’t get scratched, “which to my knowledge nobody else does,” Camerana said.

They even provide a special aluminum case as standard packaging for 400-ounce purchases (20 tubes of 20 of the 1-ounce pieces).

Like the firm’s name implies, these bullion pieces are a Swiss venture.

The metal for the new firm’s Proof .9999 fine gold, silver and platinum pieces is from various sources but is refined in Switzerland by Cendres+Métaux, and the pieces are struck in Switzerland by Huguenin, both private concerns.

After starting with 1-ounce gold issues, Swiss Bullion Corp. added 1-ounce silver bullion and kilo silver and gold options, and recently produced its first examples of 1-ounce platinum pieces to be available for sale early in 2015.

The road to issuing their own bullion products involved several steps.

At first, Camerana and Noel approached Swissmint about striking the pieces, with the intent to handle marketing.

“The Swiss Parliament has restricted the Mint mandate and, in a nutshell, they can’t do it. But we didn’t give up,” Camerana said.

Swiss Bullion Corp. worked with government officials to ensure the bullion would be exempt from Value Added Tax, as well as the Central Office for Precious Metals Control to obtain their own hallmark.

In May, Camerana said they received a notable milestone of success, finally being stocked at the precious metal trading desks at the institution where he and Noel were introduced.

UBS, the largest investment bank in Europe, began selling the bullion at locations in Geneva, Zurich and Basel.

“Our [bullion rounds] are being sold alongside the Krugerrands, Maple Leaves, [American] Eagles, [Chinese] Pandas and so on,” Camerana said.

When the firm began its venture, Camerana and Noel had Asia and China in mind, and originally wanted to do a Lunar Year series.

“Both Paul and I have been collecting Perth Mint Year of the Dragon and so forth, the coins in the Lunar series,” Camerana said.

“We sent a representative of the firm to a show in China, and she discovered that the Chinese were more interested in the ‘Swiss-ness’ of our [bullion] than the Lunar aspect.”

One major aspect of that “Swiss-ness” is the design, by renowned Swiss graphic artist Roger Pfund, who also has designed commemorative coins, bank notes and the Swiss passport.

The nation’s name on the obverse of the new bullion pieces appears in each of the four national languages of Switzerland (German, Italian, French and Romansch), as well as English.

The Swiss cross also appears on the obverse next to the numeral 1.

The reverse is dominated by the firm’s logo, a pentagon with the phi character in the center, which represents the Divine Proportions or “Golden Ratio” as discovered by Johannes Kepler.

The obverse also features three hallmarks, one each for the refiner (rectangle with CM), the mint (HF for Huguenin) and the issuer (the firm’s logo).

The bullion pieces are accompanied by a certificate signed by the assayer, who is licensed by the Swiss government. By Swiss law, his signature and the refinery hallmark guarantee the metal fineness and the minimum weight.

UBS currently offers the 1-ounce gold piece at 7 percent above the “spot” or precious metal value, said Camerana, or on par with Chinese Panda gold coins.

The firm has obtained five distributors in Asia so far, and already serves Europe. They are seeking more distributors as well, to reach clientele in the Middle East, India and soon Russia. (There is no word yet on U.S. distributors, though.)

“As we insist on producing it all in Switzerland, we obviously have higher costs, but it goes with our positioning of developing a high-end brand,” Camerana said.