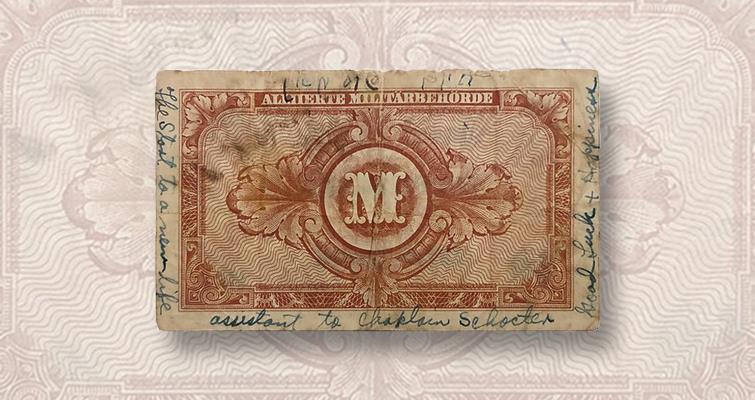 Signed 100-mark note from 1945 provided clues that assisted a teenager in London to identify a soldier who helped his great-grandmother after the liberation of Auschwitz. 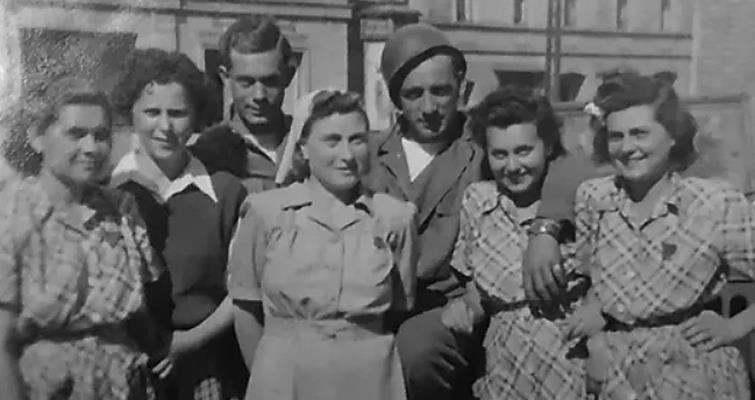 Lilly Ebert, survivor of Auschwitz, is the woman with the soldier’s arm draped over her shoulder, second from right. Lilly's grandson was inspired to locate the GI, who his grandmother had described as "the first human being who was kind to us." 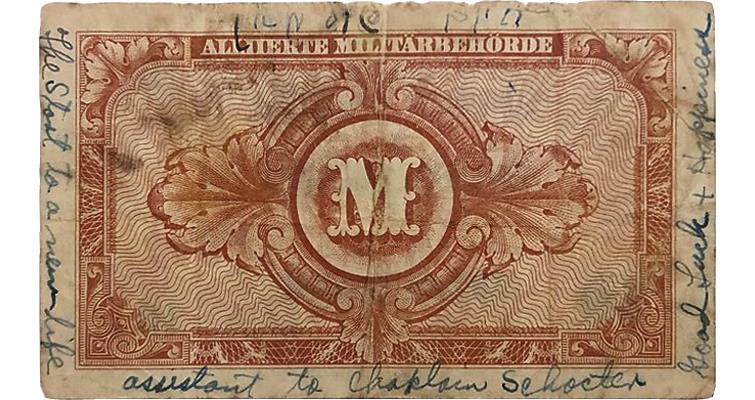 After WWII, a soldier gave newly liberated Lily Ebert a 100-mark note, one of those issued by the Allied military at the end of the war for military currency in Germany. He wrote on it “The start to a new life. Good luck and happiness,” and on the bottom margin, “Assistant to Chaplain Schacter” and another clue to his name in Hebrew script at the top.

A story first published in 2020 and now being circulated on the internet serves as a reminder that good things can be found even in the darkest of events.

The website Upworthy.com published a story in July 2020 under the headline “Holocaust survivor uses banknote clue to find the family of ‘kind’ soldier who liberated her.”

It is the tale of Lily Ebert, who, having been transferred from Auschwitz to forced labor at a German munitions plant, was liberated at the end of the war. She and her two younger sisters were the only member of her immediate family to survive. Her teenage great-grandson, Dov Forman, decided to document his great-grandmother’s stories so they would never be forgotten.

Several weeks after her liberation she encountered an American soldier who gave her one of the 100-mark bank notes issued by the Allied military at the end of the war to be used as military currency in Germany. He wrote on it “The start to a new life. Good luck and happiness,” and on the bottom margin, a clue to his identity, “Assistant to Chaplain Schacter,” and writing in Hebrew script at the top.

The note was discovered by Dov Forman in an album in her London home, who then took it upon himself to preserve his great grandmother’s story. He put on the internet an image of the note and a photo of Lily Ebert with the soldier. The only indication to his identity was the inscription on the note.

Chaplain Schacter was identified as Chaplain Herschel Schacter, an Orthodox rabbi who served as a chaplain in the Third U.S. Army’s VIII Corps. He was part of the liberation of Buchenwald. The assistant was eventually discovered to be Private Hyman Shulman of New Jersey who became the rabbi’s assistant, taken off the front lines after being injured in the Battle of the Bulge. Shulman died in the early 1990s at the age of 91. The Hebrew at the top is a transliteration of his name.

Forman found Shulman’s children in New York and met the family through Zoom. “It was really special,” he said, “It felt like we were family, we just clicked.” 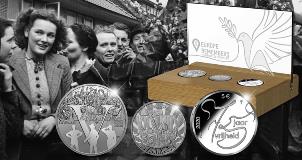 Australia made copies of JIM notes in WWII 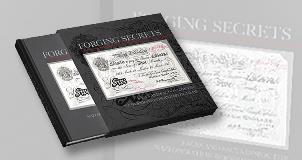